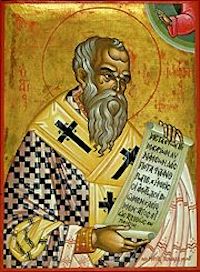 The saints are a big part of the Orthodox Christian Church and this is built into the church calendar. Throughout the year, each of the saints has his or her own feast day, and this gives us a chance to celebrate their lives. For those named after the saints, the feast day has an even deeper meaning because this date represents their name day. In some parts of the world, the name day is looked at as even more important than their own birthdays.

Saint John the Merciful is one of these saints. His feast day takes place on November 12th of each year. Here’s more information:

About Saint John the Merciful

He was raised in the Christian faith from an early age, and his life was on a path to serve God and the Orthodox Church. In 608 AD he became the Archbishop of Alexandria. He spent a lot of his time defending the Church against common heresies of his day. He was also known for his generous and sympathetic nature. He was especially kind and merciful to the poor and those who were less fortunate than him. He died in 618 AD after living a full life serving God.

Hymns of Saint John the Merciful

Saint John the Merciful’s feast day is on November 12th of each year. Here are the hymns that are sung or chanted on this day.

Apolytikion of John the Merciful – Plagal of the Fourth Tone

In thy patience thou hast won thy reward, O righteous Father. Thou didst persevere unceasingly in prayer; thou didst love the poor, and didst provide for them in all things. Wherefore, intercede with Christ our God, O blessed John the Almsgiver, that our souls be saved.

Thy riches and wealth didst thou disperse unto the poor; thou now hast received the Heavens’ riches in return. For this cause, O all-wise John, we all honour thee with our songs of praise as we keep thy memorial, O namesake of almsgiving and of mercy.

John the Merciful, Patriarch of Alexandria (Also Photo Credit for Image Above) 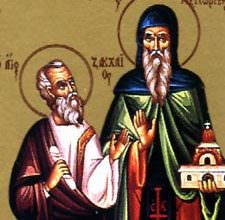