What to Do in the Egnatia Neighborhood of Thessaloniki

Home > About Thessaloniki, Greece > What to Do in the Egnatia Neighborhood of Thessaloniki

Written by GreekBoston.com in About Thessaloniki, Greece, Greek Travel Guide Comments Off on What to Do in the Egnatia Neighborhood of Thessaloniki 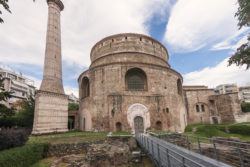 One of the things travelers love most about Thessaloniki, Greece is a stroll along the beach promenade where the inner side leads to its storied neighborhoods. There’s Aristotle Square, a favorite stop for coffee, Ladadika, for exciting nightlife, and Old Town with narrow streets and stone houses. The Egnatia Quarter is the centre of this city and is located by the sea, which means it has some excellent views as well as plenty to do. Here’s more information:

The Roman Market, known as the Roman Agora in ancient times, was the heart of the city. People came here for everything from shopping to governing beginning in the 3rd century B.C. until the early Byzantine period in the 5th century A.D. It was constructed around a rectangular square with three sides containing two lofts.

The southern loft had seating at a double vaulting and a semi-basement. The eastern loft of the transept had a building display that functioned as a conservatory. Earthquakes or enemy invasions destroyed the structures after being deserted during the Byzantine Period. Much of the complex has been unearthed and visitors can explore the ancient ruins and attend cultural functions.

One of the most fascinating ancient structures in Thessaloniki is the Arch of Galerius. The monument was ordered to be built by the Roman Emperor Galerius as an arch that a road could pass through to connect to his palace. Its main purpose was to celebrate victory over the Sassanid Persians. Featuring roman monumental architecture from the 4th century A.D., each pillar had crafted marble panels that are decorative as well as narrative. Representations of ancient events and the imperial family can be easily recognized.

This structure was erected to honor the patron saint and Roman soldier Dimitrios who was killed around 306 AD after Emperor Galerius, a known persecutor of Christians,  ordered it.  Dimitrios was secretly baptized as a Christian which, at that time, was gravely forbidden. An underground crypt at the martyrdom site contains a silver reliquary with Dimitrios’ relics inside. The church was restored after the Great Fire of 1917 in keeping with the original architecture. Interesting features retained include the 7th-century Byzantine mosaics which adorn the pillars on each side of the entrance to the apse.

One of Greece’s largest and most loved museums, the Archaeological Museum of Thessaloniki displays artifacts from several periods including Pre-historic, Archaic, Hellenistic, Classical, and Roman. Opened in 1962, the building was designed by architect Patroklos Karantinos and celebrated the liberation of Thessaloniki. Sculptures displayed were excavated from Thessaloniki and the Macedonia region. Artifacts in the museum come from excavations conducted since 1912 as well as other hand-in antiquities.

Thessaloniki is both an ancient and modern city at once. A stroll through the Egnatia neighborhood captures the imagination and takes visitors to places in time with ruins and restorations that have been lovingly preserved to reveal the ancient past. 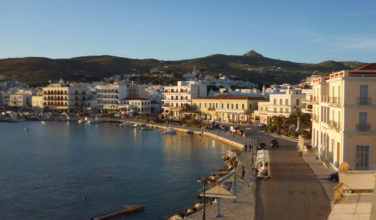 Take a Day Trip from Mykonos to Tinos 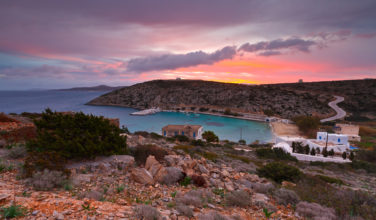 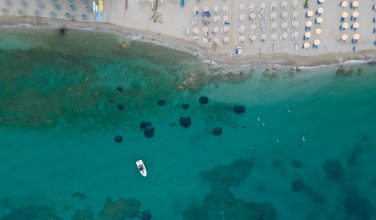 About Marathonas Beach on Aegina 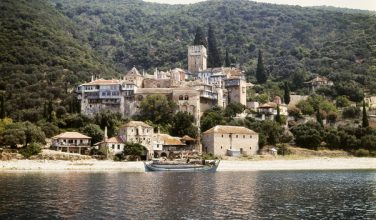