Written by GreekBoston.com in About Ios, Greece, Greek Travel Guide Comments Off on Visit Skarkos on Ios 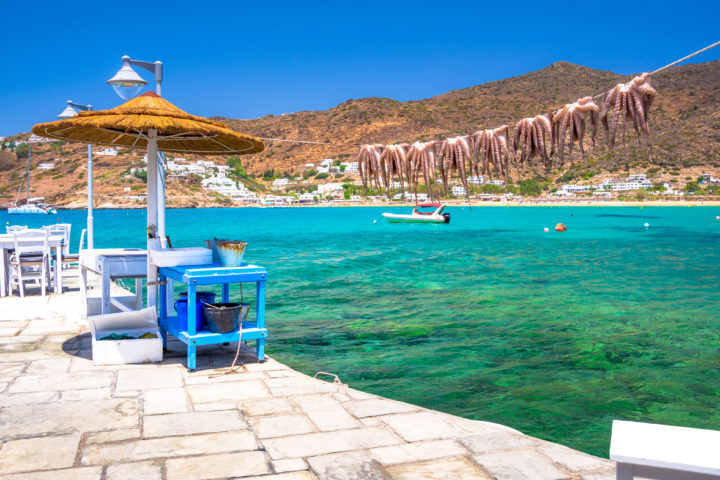 The island of Ios has a long and fascinating history. This history can be seen in the chapels and monasteries, cultural attractions, archaeological sites, and museums. When visiting the Greek island of Ios, Skarkos is an important site that will make a great addition to your trip. Here’s what you should know about Skarkos on Ios.

Skarkos is an early Bronze Age settlement. It is an important prehistoric archaeological site, considered the most important in the Cyclades. Skarkos is located a few kilometers from the port of Ios on the hill of Skarkos. The settlement is dated about one thousand years older than the Akrotiri of Santorini. The cemetery of the settlement dates to the end of the Middle and beginning of the Late Bronze Age. Excavations have uncovered impressive architecture and portable findings that help paint a picture of structure of the communities.

The settlement appears to have been planned. Skarkos was developed along two long roads that were 2 meters wide and surrounded that hill. The road would widen in various areas, likely for the formation of squares both large and small. At least 35 buildings have been uncovered during excavations so far as well as 6 construction posts. The buildings were used as residences. Some of the residences were large, while others were small, which indicates different social statuses.

There are two entrances you can use when visiting Skarkos. One of the entrances is wheelchair accessible. While exploring the ancient site, you can read the placards that provide more information about the area or building that stood there. You will be impressed by the advanced lifestyle that was lived there for the time. The site is very accessible for viewing. As you explore the site, you will notice many of the buildings still stand at a decent height.

If you are taking a hike up Chora’s Hill, you will be able to look down on Skarkos and view it as a whole. This will also give you a view of the surrounding area. While in the area visiting Skarkos, you can spend some time at the port and in Chora. Chora is the main and only village in Ios. It is a 20 minute walk from the port. Chora was built amphitheatrically with its small houses that have flat roofs. The charming stone streets wind around the village.

Getting to Skarkos on Ios

There is no airport on the island of Ios, so it can only be accessed by ferry. You can catch the ferry at Piraeus Port in Athens and also some of the Cycladic Islands including Sifnos, Milos, Paros, and Santorini. Once on the island of Ios, getting around is most easily done by public bus. There are buses that connect the port, Chora, and other popular attractions. Renting a car or motorbike is also a good option if you want to tour around at your own pace.

Skarkos is a site that is worth visiting while on the Greek island of Ios. 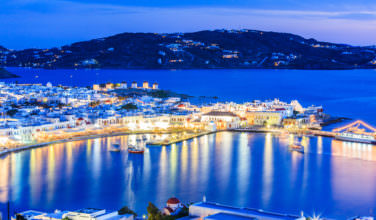 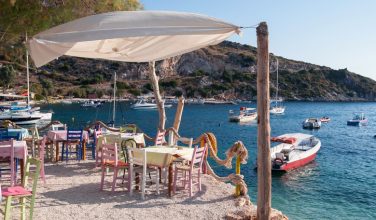 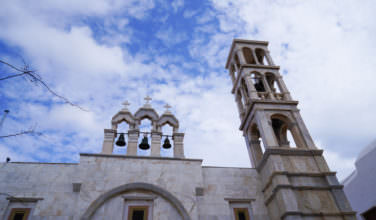 Visit the Monastery of Panagia Tourliani on Mykonos 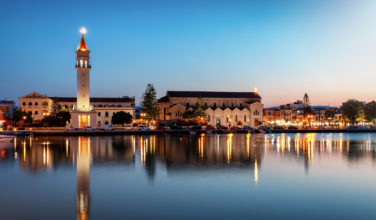