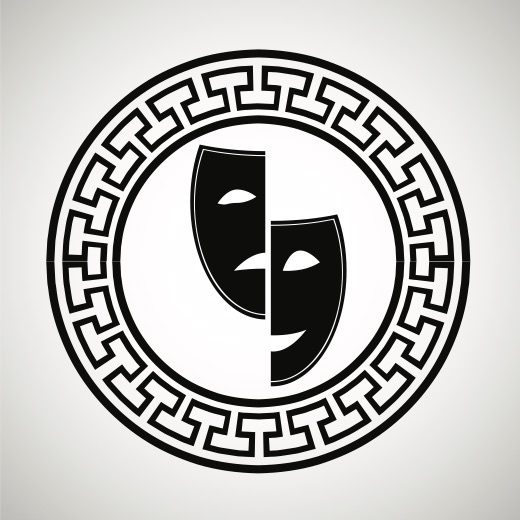 It is true that the Ancient Greeks invented theater and that watching these plays was a major form of entertainment for the people. They are also known for developing several styles of plays and many believe that the Ancient Greek tragedy is amongst the most interesting. There were three major playwrights in Ancient Greece that wrote a good number of tragedies, and Aeschylus is one of them. In fact, he is often referred to as the “Father of Tragedy” since it is largely accepted that he was one of the first to write these types of plays. Here’s more information about this playwright and his lasting impact on Ancient Greek theater:

Aeschylus was born in Eleusis, a town located in Attica in Ancient Greece, in 525 B.C. It is located roughly 30 kilometers north of the city of Athens. The modern day city of Eleusis is located in the same place as the ancient one and there are excavations taking place throughout the town that trace back to the time of Aeschylus. He was said to be a member of a noble family from Attica. However, this information hasn’t been fully accepted by historians and some think that this claim was an invention. Either way, we do know that Aeschylus came from a wealthy family.

He began his professional career working for a vineyard. During his time on this vineyard, legend states that the god Dionysius came to him in a dream. When he awoke, he began writing his first tragedy based on the story told within his dream. At the age of 26 in 499 B.C., the first performance of this tragedy was held. This was the first time one of his works had been performed on the stage and this event launched his career.

The fact that Aeschylus believed Dionysus played a part in beginning his career as a tragedian is significant because in Ancient Greece, Greek dramatic works were primarily performed at religious festivals that mainly honored gods like Dionysus. As mentioned above, Aeschylus write his first play after a dream he had involving Aeschylus. While the playwright was alive, these religious festivals evolved and there weren’t merely performances at them, there were dramatic competitions. During the course of his career, he entered several competitions such as these and it was a regular part of his career as a playwright. However, not much is known about whether or not he won these competitions.

The fact that he entered many of these competitions has led experts to predict that he penned up to ninety plays. However, only seven of these have survived in their complete form. These include The Persians, Seven Against Thebes, The Suppliants, The Oresteia (a trilogy), The Libation Bearers, and The Euminides.

As mentioned above, Aeschylus is often considered to be the “Father of Tragedy” because he is the first known playwright to write. Although he died in 456 B.C. in Gela, which was a city in the Ancient Greek colony of Sicily, his works have endured through the ages and many of them are still performed today.