All About Art in Ancient Greece 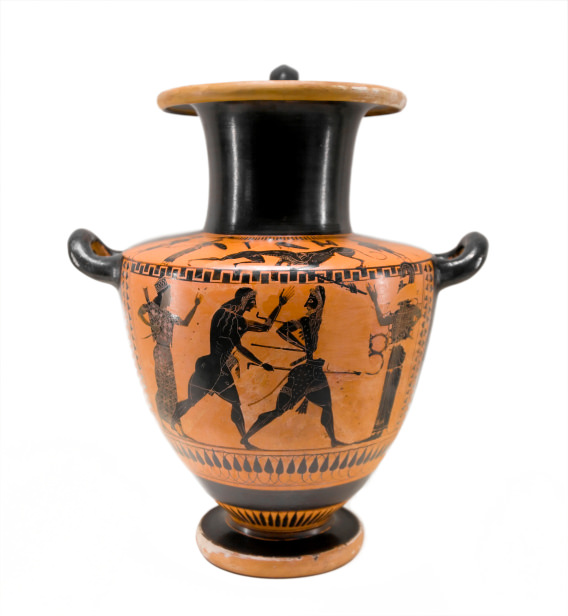 Do you have an idea of what art in Ancient Greece was like? Chances are, you know a little something about the art that was common in Ancient Greece and don’t even know it because of how much of an influence it has had over art throughout the centuries.. For example, the European Renaissance saw a resurgence in classical style sculptures and paintings.

There are four major periods of art in Ancient Greece. These are the Geometric period, Archaic period, Classical period, and the Hellenistic period. Though historians have grouped the periods in this way, note that there isn’t a seamless transition from one period to the next. However, these groupings can help give you an overview.

The Geometric Period took place during the period of time known as the Greek Dark Ages which was somewhere between 1050 BC ad 700 BC. It was characterized by the elaborate geometric patterns that have been found primarily on the pottery of the time period.

Note that this period spanned hundreds of years. During the early days of the geometric period, the patterns weren’t as elaborate as they were in the later part of it. Human figures didn’t find their way onto the vases during this time period until around 700 BC.

As the Archaic Period began and the Geometric period ended, the art changed in character. At the tale end of the Geometric Period, human figures made their way into the art featured on pottery. This motive continued into the Archaic period as figures of humans were featured exclusively without the use of geometric patterns and shapes.

The Classical Period was revolutionary. The biggest change occurred in the way sculpture subjects posed. In the Archaic Period, the subjects were rather stiff and formal. In the classical period, people posed in a more natural manner so that the sculptor could carve a more realistic likeness.

They were also used for various purposes. The wealthy and elite still commissioned them. However, sculptures were also put on display in temples and other important places.

This period of Greek art took place primarily in the 4th Century BC and followed after the Greeks defeated the Persians. As the Greeks spread their influence further East, they spread their art to other cultures. At the same time, the influence of other cultures made their way into Greek Art. For example, there are some Greek sculptures that clearly have a Buddhist influence.

The Hellenistic Period is the final time period of Ancient Greece. During this time, Alexander the Great conquered even further East and into India and beyond. This had an even greater influence on the art and sculpture of the ancient world, not just in Greece.

As you can see, art in ancient Greece changed and evolved over the centuries and its influence is seen even today. 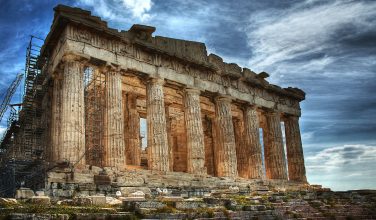