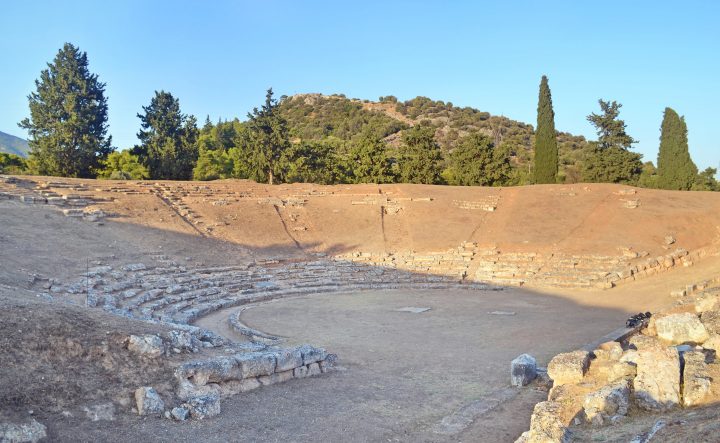 Sitting off the coast of Greece with the Aegean Sea lapping its shores, is the town of Eretria. Eretria means “city of the rowers”, and is located on the island of Euboea. On the surface, it may look like a. modern town in Greece. However, it is actually one of those places that has a history that spans the centuries. Archaeological evidence has uncovered just how old it really is. Here’s more information about it:

Human activity was first noted in this ancient Greek coastal town by the finding of stone and pottery artifacts from the Neolithic period. Located in the plain, the first known settlement was located and dated back to the Helladic period. The site was later abandoned in the Greek Dark Ages.

Mentioned by Homer, Eretria was noted in the Iliad as one of the Greek cities that sent ships into the Trojan War. The town, along with its neighbor and rival Chalcis, were powerful during the 8th century. Prospering from trade, Eretria controlled the Aegean islands of Andros, Tenos and Ceos. It also held territory in Boeotia on the mainland of Greece, and helped to colonize Pithekoussai and Cumae in Italy.

Eretria was involved with the Lelantine War, which pitted them against Chalcis in a fight to control the fertile Lelantine Plain. Controlling this area would have been an asset, since it was easy for crops to grow here. However, little is actually known about the war. We do know, however, that Eretria lost the war and the lands that they acquired prior to the war.

In 499 BC when the Ionian Greeks in Asia Minor rebelled against Persia, Eretria joined Athens in sending aid. The rebels were defeated, and Darius made sure to make an example of Eretria when he invaded Greece. In 490 BC the city was burned and all male citizens were killed. Eretria was rebuilt after that, and then entered into rebellion against Athens in 446 BC. The rebellion was unsuccessful, and they eventually allied with Athens during the Peloponnesian War. Finally, in 87 BC, Eretria was finally destroyed in the First Mithridatic War.

Remnants of the Ancient City

There are many remains of the ancient city scattered about the landscape and he area of modern Eretria. Some of these places include:

There are also The Baths, Palaces I and II, parts of the city walls and gates and temples of Isis and Dionysos. Of everything, the Temple of Apollo Daphnephoros is one of the most important. Construction began in the late 6th century and was left unfinished due to the Persian raid in 490 BC.

In 1824, Eretria was colonized by refugees from Psara due to the destruction of Psara. The settlement was called Nea Psara, but the ancient name of Eretria resurfaced during the first years of its independence. Although now a popular beachside resort, archaeological finds and historical information can be found at the Eretria Museum.