Written by GreekBoston.com in Ancient Greek History Comments Off on History of the Ancient Theater at Epidaurus (Epidavros) 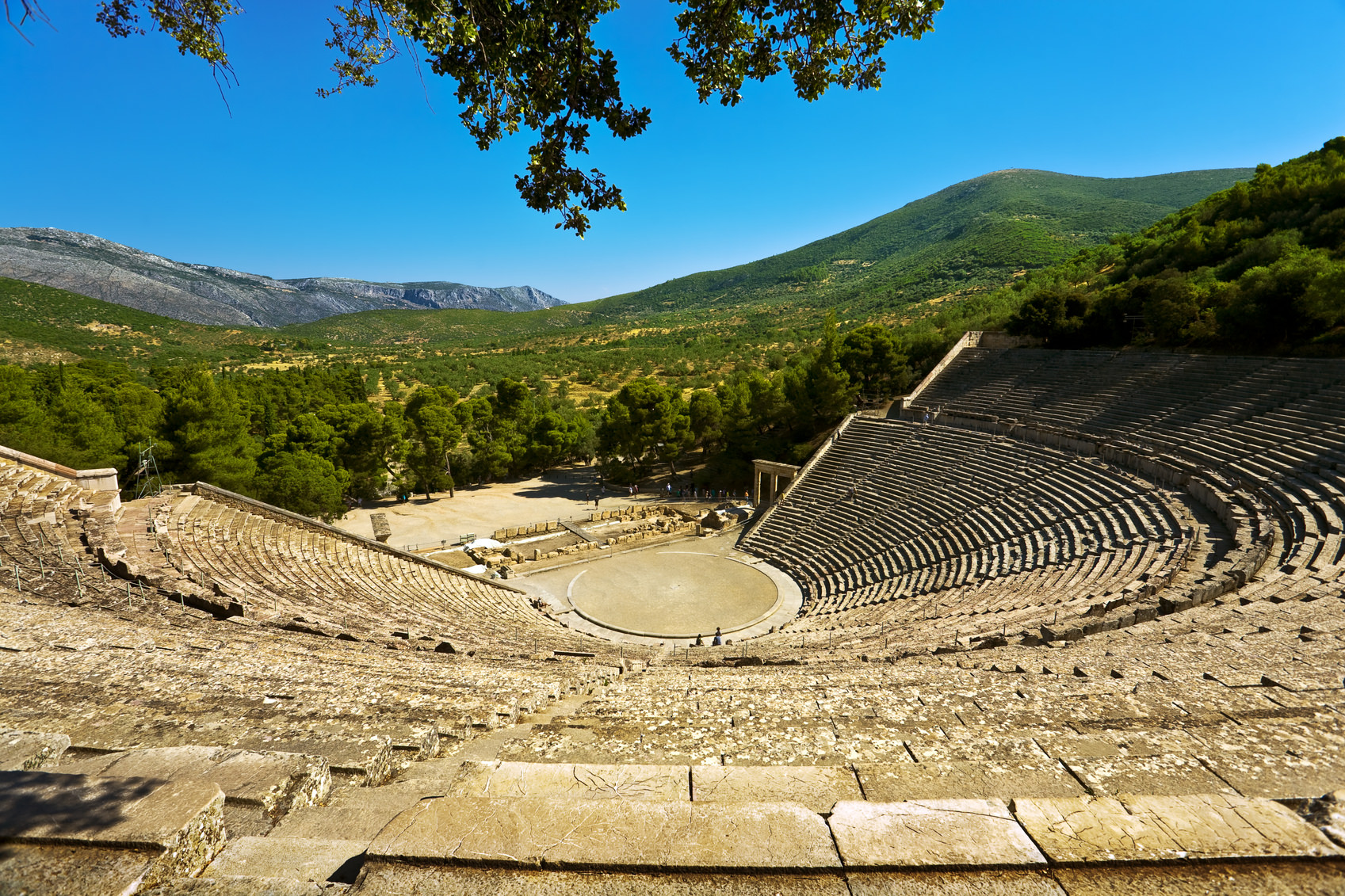 Theater was a big part of the culture in Ancient Greece. In fact, there are many who believe that the Ancient Greeks actually invented theater as we know it. The Greeks used theater to express themselves and it was also a form of entertainment. Many of these ancient plays are still performed today.

The theater at Epidaurus is considered by many to be the most perfect and acoustically sound theater in all of Ancient Greece. Here’s more information about the history of this impressive theater:

Where is the Epidaurus Theater?

The ancient theater at Epidaurus (Epidavros) is located in Epidaurus in the Peloponnese Penninsula, which is about a two hour drive from Athens. The theater itself is actually part of an ancient sanctuary that was dedicated to the god Asclepius, who was both a hero and the god of medicine in Greek mythology. Ancient Greeks from all over would flock to this sanctuary in order to receive healing and experience miracles. While they were here, they also may have taken in a play or two written by Ancient Greek playwrights such as Sophocles or Euripides.

What is the History of the Epidaurus Theater?

Pausanias, the Greek geographer who was active in the 2nd Century A.D., has written about the history of the theater at Epidaurus. He said that the theater was designed and constructed by the architect, Polykleitos the Younger, who also sculpted many famous athletes of his time. In his writings, Pausanias notes that the theater is particularly impressive because of not only its acoustics, but also its symmetry and beauty. What is most impressive about the theater is that an individual can stand in the center of the theater and talk in his normal speaking voice and the voice will be amplified so that every single spectator can hear him perfectly – no fancy speaker system is required! The theater can seat up to 14,000 guests.

How was the theater constructed?

Although Polykleitos the Younger originally designed the theater and oversaw its initial construction, the theater that we see today was actually developed in two stages that spanned across two centuries. The first phase was constructed in the 4th Century B.C, and the second was built in the 2nd Century B.C. The theater is divided into two unequal parts. One of the parts has 12 sections and the other part has 22 sections. At the time, the bottom sections were reserved for the theater’s “important” guests.

When the theater was rediscovered in 1881, it wasn’t in the condition it is today. Many of the sections, including the two theater gates, have been restored.