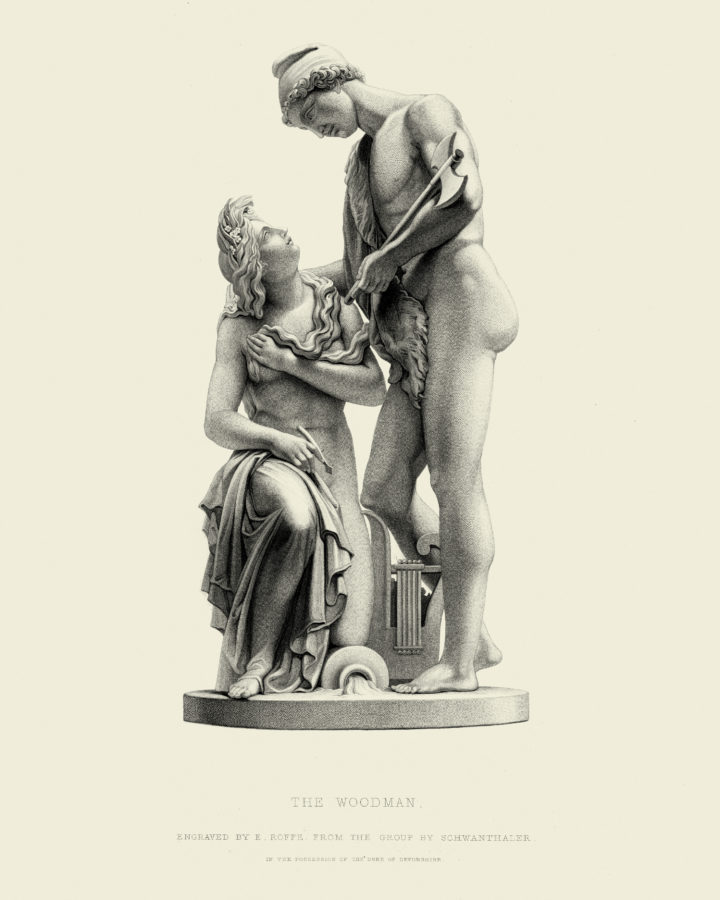 The Trojan war was a landmark event in Greek mythology. Much of what we know about this story is told by Homer in his Iliad. Most of us know the story of Helen of Troy, Achilles, the Trojan Horse, and the fact that that the war pitted Ancient Sparta against Troy. A lesser known figure in the story, however, is a nymph named Oenone. Here’s some information about her:

Oenone was a nymph who resided on Mount Ida in the region of Phrygia. She was known as an oread or a mountain nymph. Her name literally translates to “wine woman”. Her father was the river god Cebren, also known as Oenus. The mountain she resided on was associated with the mother goddess Cybele, a mysterious figure who is also referred to as Rhea. Oenone inherited her gift of being able to prophesy events from Rhea. Apollo bestowed upon her the knowledge of herbal healing. He did so while he was serving the Trojan king Laomedon in mortal form, accompanied by Poseidon. This was their punishment for conspiring to put the god Zeus in bonds.

Romance of Oenone and Paris?

Paris was the grandson of Laomedon, son of Priam, king of Troy. When he was an infant, his father abandoned him as there was a prophecy that he will be the cause of the eventual and complete destruction of Troy. He was rescued by the herdsman Agelaus and spent his childhood and youth herding cattle on the slopes of Mount Ida. This is when he met Oenone and they fell in love. They hunted and herded their flocks together on Mount Ida as their romance blossomed. They married and had a son, Corythus.

Get to Know the Trojan War

Legend has it that Paris was invited to judge which of the three goddesses Hera, Athena and Aphrodite was most beautiful. He refused bribes of being made a king and of military supremacy by the first two, but chose Aphrodite as the victor after she promised him the most beautiful woman in the world. This led to Paris abandoning Oenone to travel to Greece, where he fell in love with and eventually kidnapped Helen, queen of Sparta, wife of king Menelaus. This event led to he Trojan war, which raged for ten years.

Deaths of Oenone and Paris

After Paris’s betrayal, Oenone, in a jealous rage, commissioned her son Corythus to guide the Greeks to Troy. An alternate version has her sending Corythus to create a rift between Helen and Paris, who killed his son without recognizing him. After Paris killed Achilles, the finest warrior of the Greek army, goddess Athena helped Epeius build a massive wooden horse and a contingent of Greek soldiers hid inside it. The Greeks pretended to retreat, but lay in wait. When the seemingly abandoned horse was taken into Troy by unsuspecting Trojans, the Greeks emerged from it and opened the gates for their army to enter and lay siege to Troy.

In the battle that ensued, Paris was wounded by an arrow. He approached Oenone and implored her to heal him with her medicinal powers but she refused him. He died on the lower slopes of Mount Ida. Filled with remorse, Oenone ended her life. One version says that she hurled herself on Paris’s funeral pyre, another that she hanged herself. Yet another version depicts her jumping off a cliff, and another, off the fortified walls of Troy.

Oenone’s tale is a perfect example of a Greek tragedy. Although she played a minor role in the tales told about the Trojan War, her story is still an important one.