Written by GreekBoston.com in Ancient Greek History Comments Off on Archon – Magistrate of Ancient Greece 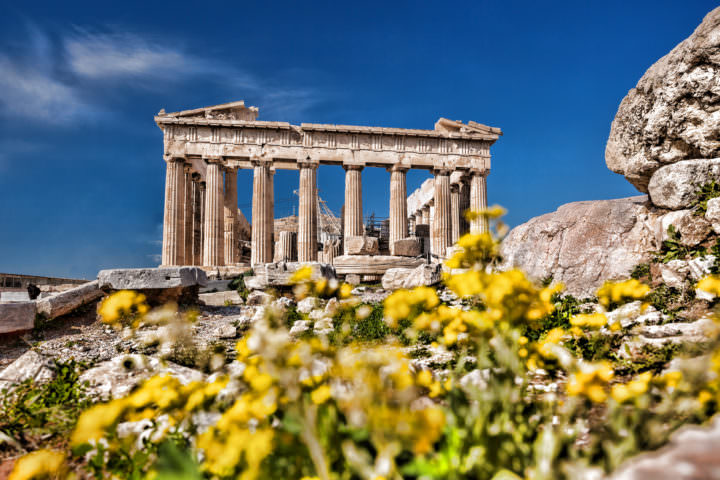 In many of the Ancient Greek city-states between the 12th and 9th Centuries B.C., the head magistrate was the Eponymous Archon, also called the Archon for short. The term eponymous refers to a leader giving his name to the year he served while archon means ruler or lord. The Eponymous Archon concept was similar to the Roman system of naming their rulers with chronological lists. The office was most prominent during the Greek Archaic Period from 650 to 480 B.C. Here’s more information about this:

In Classical Athens, between 480 and 323 B.C., nine concurrent archons were in place. The council of archons performed the same functions as an executive government; all the state affairs that were once the king’s duties. The people chosen to be archons originally were to serve for life.

Eventually, they served terms that lasted ten years, which were later reduced to one year after 683 B.C. Each of the one-year terms, which ran from July to June, was named for the current leader. The Eponymous Archon was the primary officer of the judicial and civil offices. He had the power to preside over the Greek Ecclesia and the Boule, a council of more than 500 people responsible for the city’s daily operation.

Three primary archons presided over state military, civic, and religious affairs. The archons in charge were the Eponymous Archon, who handled civic responsibilities, the Polemarch, the head of the military, and the Archon Basileus. The Basileus dealt with the religious realm and was in charge of all sacred rites and ceremonial functions.

The other six archons or thesmotetai presided over judiciary affairs of state. Thesmotetai means determiners of custom. The people on this council were from the wealthy class and held more power than monarchs. However, they were regarded as junior officers of the court.

The Polemarch was the Greek army commander and the judge in judicial matters that involved foreigners in Greece. The title was given to the military’s chief officer, presumably to take over the king’s duty. The Archon Basileus was the primary religious officer who was in charge of judicial cases involving homicides. He was one of the few remaining members of the monarch to hold substantial power.

After 457 B.C., all of the former archons became prominent members of the Aeropagus, a council of aristocratic elders, similar to the Senate’s hierarchy in Rome. Membership in the Aeropagus was a privilege only for those who held positions of power in the Greek government. During that time, the Aeropagus no longer had the decisive influence over political affairs that it once had.

The archons were no longer members of the aristocracy but were chosen by vote. The government’s right to have a role was opened to the third class, and it became less prestigious.