Other the area that includes Selinunte is now a part of Italy, the city was part of the Ancient Greek colony of Sicily as part of a region known as Magna Graecia. Although many don’t realize it, the borders of Ancient Greece extended far beyond the borders of today’s country of Greece. As a result, there are many Ancient Greek ruins located in other places through the world.

Selinunte is one of the places worth exploring. The city was important and it was especially prominent from around 628 B.C. to 250 B.C. Here’s more information about the history of the city:

Early History and Founding of Selinunte

The city lies on the Selinunte River as it opens to the wider waters in what is known as the modern-day province of Trapani. The ancient Greek settlement was established by a group of Sicilians who left the city of Megara Hyblaea and made their way to the mouth of the river to start a new life. The city quickly grew to be one of the most important in the Greek period of Sicily and was much sought after as a tactically vital area of the island in its SOuthwest corner.

Although the city was only around for around five centuries it was a popular place with settlers who embarked upon a period of economic and communal success. The city was important to Greek culture because it provided a natural port for goods and people who moved into the island from Greece and other trading areas. Alongside the port area, the city of Selinunte provided a marshland that became fertile ground for those looking to grow crops for the settlers in the city.

The city was in an important position at the mouth of the river and was established on lands bordering those of the Segestan people. These people were already established at the time of the arrival of the city of Selinunte leading to numerous disputes between the settlers and the Segestans.

The hostilities that were commonplace with the Segestan people, but the desire to expand its borders would prove to be the beginning of the downfall of Selinunte. The city would eventually overcome the Segestan people that the conquered group offered their frontier in exchange for an end to hostilities. The people of Carthage would eventually come to the aid of the Segestans and led to the capture of the city after prolonged periods of fighting.

Selinunte would eventually be destroyed around 250 BC when the people of Carthage had regained control of the city and had embarked on the First Punic War with Rome. As Carthage began to lose control of its lands and regrouped in a small number of locations the city was destroyed to avoid the city being used by the Romans as a strategic point from which to enter Sicily. 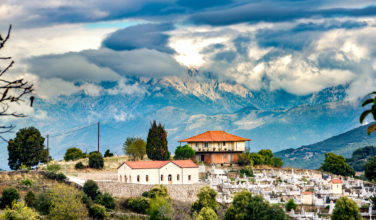