When people think about Ancient Greece, chances are pretty good that slavery isn’t one of the things that comes to mind. The truth, the Ancient Greeks did make positive contributions to the world through their inventions, advances in science, and their culinary legacy. However, there are other aspects to their culture, as well, that need to be examined. Slavery is one of those items, and it was common not only in Ancient Greece, but in other civilizations, as well. Here’s a look at the role of slavery in Ancient Greece:

Slavery Originated with the Mycenaeans

The earliest documented evidence that slavery existed in Ancient Greece can be found with the Mycenaeans. Archaeologists uncovered a series of stone tables that discussed slavery at the site in Pylos. Once translated from Linear B to our modern languages, it became clear that slavery was fairly normal in their culture. It is unknown whether the Minoans, who came before the Mycenaeans, had slaves since their language, Linear A, hasn’t been translated. In the Mycenaean tablets, two types of slaves were referenced. There were regular slaves, and slaves that were associated with the gods. As far as people can tell, slaves from his era came from places like Kythera, Chios, Lemnos, Halicarnassus and the theory is that many of these slaves were obtained through piracy. It is understood that the Mycenaeans did have an active slave trade.

Slavery After the Mycenaeans Was Inconsistent

After the Mycenaean Civilization collapsed, Ancient Greece entered into what is referred to as the Greek Dark Ages. During this period of time, the culture faltered and the people experienced problems such as economic difficulties, wars, and other cultural problems. As far as historians can tell, the Dark Ages was a period of time where the Ancient Greek people were focused on their own survival and the rest was fairly inconsistent. Slavery is another thing that seemed to be inconsistent and these inconsistencies continued even after the Dark Ages. Slavery is referenced in the Iliad and Odyssey, for example, but it seems that here, only women were taken as slaves and it was only associated with war when they were taken. There were also male slaves referenced in this literature, and they were mainly referenced as being part of the family.

Other Incidences of Slavery in Ancient Greece

As far as historians can tell, the slave trade likely began again during the Archaic Period of Ancient Greece. In the work, Works and Days, Hesiod talks about owning several slaves and this piece was written during that time period. Through his writings, we know that Hesiod was a slave owner and one can only imagine that other people had slaves, as well. The ancient Spartans also had slaves and they, in fact, came from an entire population that the Spartans had enslaved known as the Helots. In fact, the Helot population outnumbered the Spartans considerably.

As you can see, slavery certainly did exist in Ancient Greece! 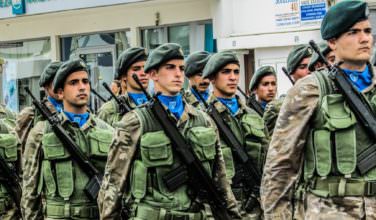