Written by GreekBoston.com in Ancient Greek History Comments Off on Battle of Arginusae of Ancient Greece 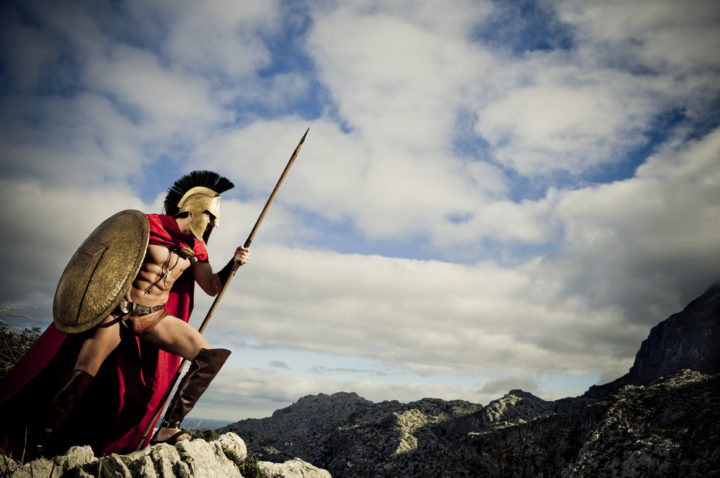 The Peloponnesian War is an ancient conflict still studied and recalled by contemporary military commanders and future officers. Prior to its onset, Sparta and Athens, two of Greece’s most powerful city-states, enjoyed a successful alliance after Persia was defeated. As the victors grew stronger in the wake of this development, they became wary of one another. More successful at absorbing lesser city-states, Athens inspired an urgent resentment in Sparta, an antagonism that inevitably became violent. Here’s more information about the conflict:

Strengths and Weaknesses of Sparta and Athens

On the one hand, Athens worked its will by politically drawing neighbors into its orbit. Simultaneously, Sparta built a standing army, an act that Athens found to be confrontational. On the face of it, Sparta seemed better prepared for war than Athens. Still, after engaging its enemy on land–and overrunning the Athenian countryside–Sparta was unable to starve its rival into submission because the Athenians were prepared. They imported food at the port of Piraeus, secured ably by their navy–the focus of their military power. Sparta realized that this war would be decided at sea.

Among the pivotal naval battles was the Spartan victory at Methymna, an important town on the strategically vital island of Lesbos. With this win, Callicratidas, the navarch, or the chief of naval operations, utilized his nearly 140 triremes (the primary battle vessels) dispatched the Athenian boats, which subsequently fled to Myteline, which was also on Lesbos. At Myteline, the triremes from Athens, along with their commander, Conon, were quarantined and besieged by Callicratidas’ forces. Yet with the elusive escape of a courier, Sparta’s rout turned out to be partial.

The messenger vessel that slipped past Spartan encirclement delivered the bad news to Athenian leaders, who determined that desperate times called for desperate measures. Using all the available raw materials, and supplementing its manpower with both slaves and metics, i.e. residents without citizenship rights, Athens launched A force of about 150 triremes to rescue Conon’s navy. Furthermore, the Athenians hired eight “admirals” to lead this mission of deliverance.

Adopting creative tactical maneuvers, they met Callicratidas’ navy at the Arginusae Islands, having avoided a preemptive attack thanks to a thunderstorm. Arraying their triremes in a double line, the Athenian rescuers robbed Sparta of its opportunity for a diekpious–a stealthy maneuvering between enemy ships to ram and damage them. Outflanked on both sides, Callicratidas lost 70 ships and his own life.

While the eight naval leaders who defeated Sparta at the Arginusae expected praise, they instead encountered a storm that allowed the remaining Spartans to escape. This prevented the Athenian rescuers from relieving Conon and saving the damaged vessels. For their failure, they were tried by the assembly and given the death penalty. In the end, Sparta is considered to have won the battle.