Written by GreekBoston.com in Ancient Greek History Comments Off on Real Story of the Battle of Thermopylae 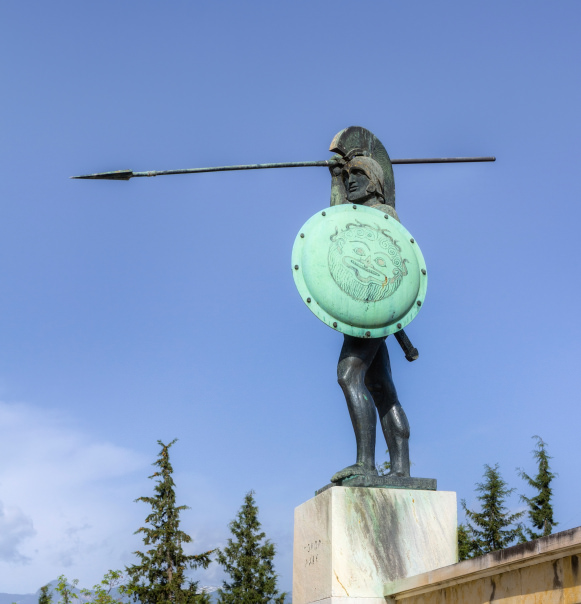 Have you seen 300, the film about the valiant Battle of Thermopylae? Well, as it turns out, the events portrayed in the movie are only loosely based on the truth. Yes, the battle actually occurred, and yes, there were three hundred Spartan soldiers who almost managed to win that battle. However, Hollywood did take some liberties with the topic.

First of all, it was based on a graphic novel, which influenced the cinematography. The plot was also factually accurate. Events in the film happened in roughly the same fashion that they occurred in the film. It’s just the details that were changed. Here is an overview of what the movie got right, and what the writers left out.

At the time of this battle, Ancient Greece was divided into city-states. We know that Ancient Greece managed to avoid Persia’s attempts at conquest. The main factor is that the major city-states, particularly Athens and Sparta, worked together.

Prior to this, Sparta would expend a lot of energy conquering neighboring Greek city-states in an effort to expand their borders. They would also absorb the population of the conquered city-state into their slave culture.

Though the movie focused on the heroics of the Spartan soldiers at Thermopylae, their main function was to delay the Persian fighters in their push towards Athens so the Athenian navy could organize against an attack. Though the Spartan soldiers eventually lost their lives, they succeeded at this goal. They also managed to deplete a large number of Persian soldiers.

Before the Greek soldiers were betrayed by one of their own, the Persians only knew of one way into the pass at Thermopylae. The Greeks positioned themselves so the Persians would be forced to fight them if they attempted to go through.

Though there were three hundred Spartan warriors present at the battle, the number of actual Greek soldiers was closer to seven thousand. Yes, Sparta was responsible for the military battle strategy.

However, they didn’t provide the majority of the soldiers. The Spartans made an alliance with other neighboring city-states, who feared that a Persian victory at the battle would enable them to gain control of the region.

Persian Victory at the Battle

Yes, Persia won the battle. They vastly outnumbered the Greeks so many scholars argue that their victory was inevitable. However, the movie didn’t show what happened after the Persians moved on to Athens.

As it turns out, Sparta’s military strategy worked. The Greeks offered so much resistance at Thermopylae, the Athenian navy was, in fact, able to organize and come up with a battle strategy that eventually enabled them defeat the Persian army. Because the Greeks won this battle, the Persians went back to Asia in defeat.

Though it would have been nice for the movie to show this, the writers chose a different direction. Inspired by the sacrifice the king had made, the Spartan army regrouped and contributed ten thousand warriors to the army that eventually defeated the Persians for good.