Written by GreekBoston.com in Ancient Greek History Comments Off on Learn About the Byzantine Army 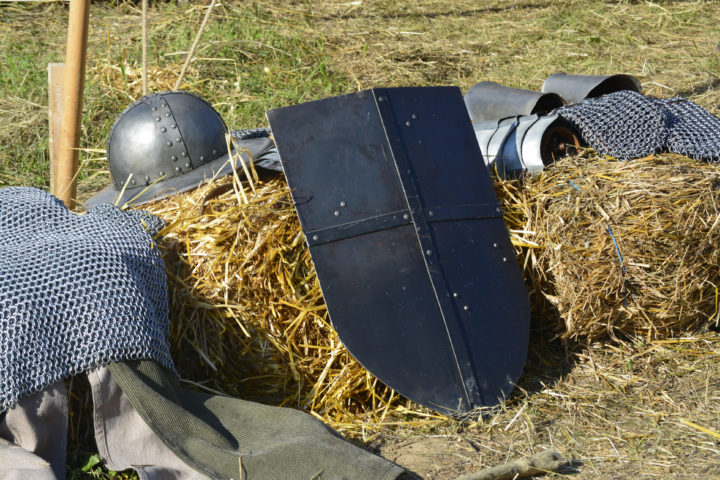 The Roman Empire divided into the western European conquests, and the eastern, or Byzantine, Empire which had Constantinople for its throne. The Byzantine Army pushed back against both western incursions as well as pressure from farther east, mainly the Muslim Caliphate.

The army stood the test of time, providing organized, trained military might for Emperor Diocletian beginning in 293 A.D. As the organization shifted to meet the needs of Emperor Justinian I, Constantine the Great, and later rulers, the emphasis on infantry and cavalry fluctuated in response to the strategic methods of a variety of enemies.

Greece was once a part of the Byzantine Empire, and there were a time when the army was considerable. Here’s a look at the history of the army:

Under Diocletian, the Byzantine Army included supporting cavalry for the infantry to rely on. It operated under provincial organization which ran along the boundaries of regions within the empire. Cavalry included some archers and lancers who provided backup for foot soldiers making the initial charge into battle. The military under Justinian I developed the Cataphracts, heavily armed and armored horsemen. As time passed more soldiers came from outlying regions of the empire with barbarians sometimes serving within Byzantine forces or being separated into unique units of their own. Mercenaries, Persian and Germanic fighting styles, and even the styles of the enemy’s clothing began to influence strategy, weaponry, and armor within the army. The Byzantine Empire rose even as the western Roman Empire fell.

The Height Of The Byzantine Army

Themes replaced provinces as forms for military administration, allowing for quicker, more immediate reaction to direct threats rather than waiting for instruction from distant leadership. At the height of the Byzantine Army, its military might could be counted at upwards of 300,000 men at arms. The Cavalry sometimes comprised as much as a third of the forces. Persian enemies were eventually replaced with relentless Ottoman forces whose ongoing attacks caused Byzantium to reach out for help from western Crusaders.

The Loss Of Power

In 1081 the Byzantine Army was rebranded, so to speak, as the Komnenian Army, under the direct control of first Alexios I Komnenos, then John II Komnenos and later on Manuel I Komnenos. Since the history of an army is directly tied to the history of its country, the army had suffered as a result of internal strife. A civil war had ravaged the treasury, the population, and the government. Alexios I managed to rebuild the army and bring order to Constantinople and its regions. This lasted for about a century until the dynasty passed into the weaker hands of the Angeloi, who ran the empire to ruin. They weakened the army with a flimsy centralized power and left the empire open to incursions from East and West that reduced its lands and power considerably.

The Byzantine Army reflected the health of the empire. The later loss of clear imperial direction, financial support, and the crumbling of the empire before the continued onslaught of Persians and Germanic tribes among others, all led to the dissolution of the army and the empire. The very Crusaders who had been of assistance eventually turned on Constantinople and conquered it during the 4th Crusade.