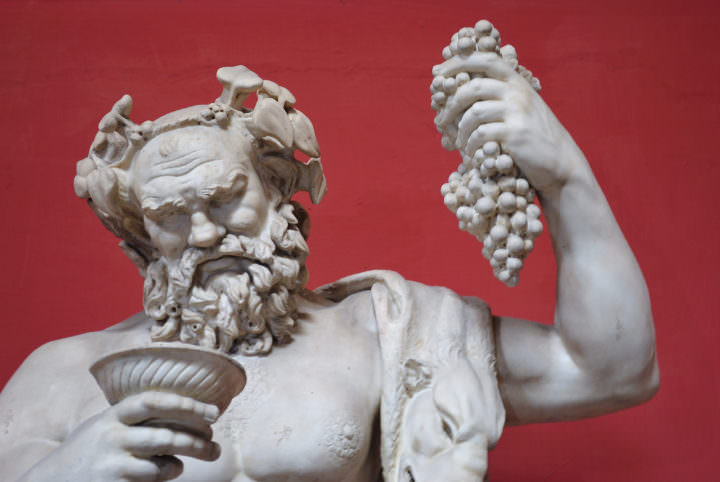 Wine has been an important part of Greek society for thousands of years. There is archaeological evidence that the Minoans, which was the earliest civilization on Greek soil, made wine and that they even traded with other civilizations, such as the Egyptians. The Ancient Greek people not only drank it for enjoyment and nourishment, but they also relied on it economically. It’s no wonder that the god, Dionysus, came about. Here’s the story of the birth of Dionysus – the Greek god

Semele is Pregnant with Dionysus

One of the most interesting things about Dionysus’s story is the tale of his birth, death as an infant, and then his rebirth. Although he was a god, his mother was actually a mortal. Her name was Semele and she was the daughter of the King of Thebes, Cadmus. His father was Zeus, the king of the gods. When Hera, Zeus’s wife, found out about Dionysus, she was jealous. She appeared as an old crone to Semele and became her friend. She got Semele to confide about what had happened, and when she did, Hera, disguised as the old crone, acted like she didn’t believe her. For Semele, this doubt blossomed into something much greater.

Semele Wanted Zeus to Reveal Himself

Because Semele worried that no one believed her about the parentage of her unborn child, she tried to convince Zeus to help her convince others. She wanted him to reveal himself as the father of Dionysus. Of course, he wouldn’t do that. In fact, her request angered him and he rained lightening bolts on her. She perished while Dionysus was still unborn amidst all the lightening.

Instead of let his unborn son perish along with Semele, however, Zeus rescued the unborn baby and sewed him onto his leg. Dionysus was born a few days later while he was attached to Zeus’s body. Dionysus was officially born on Mount Pramnos on Ikaria. On the island, he too the now fully grown baby from his thigh and Dionysus became the god of wine. The name, Dionysus, translates to mean “twice born” and it describes his highly unconventional birth.

Another Version of the Story of Dionysus’s Birth

There is actually another version of the story that originates on the island of Crete. On this island, Dionysus was actually the son of Zeus and the mortal Persephone, the Queen of the Underworld. In this version of the tale, Hera was also jealous of the child and did what she could to sabotage. In this version, however, she enlists the help of the Titans to rip the newborn to shreds. Zeus fought the Titans and killed them all with thunderbolts. However, they had already eaten the child except the heart, which was saved by one of the goddesses. From there, Dionysus was reborn.

Dionysus, the god of wine, had a unique birth story. He was born to a mortal woman in both versions of the story and in both versions, he was given a second chance at life. When he was reborn, he was turned into a full, immortal god.