Written by GreekBoston.com in Ancient Greek History Comments Off on Carneades – Ancient Philosopher of Skepticism 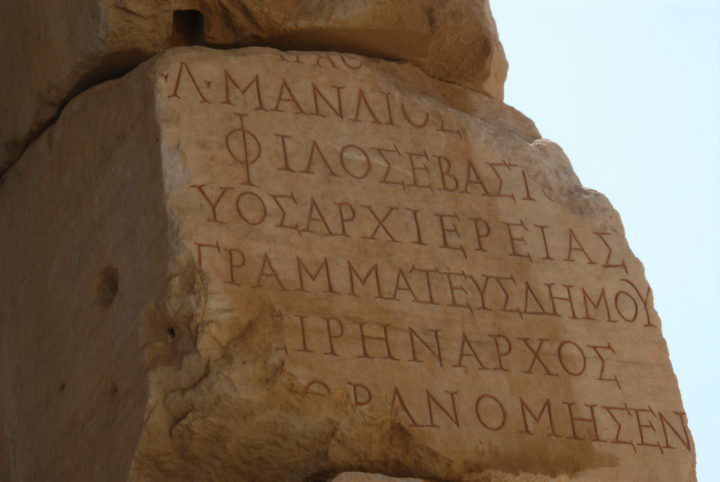 Philosophy was an important pursuit to the Ancient Greeks. It seems as if they were always questioning the world around them, and they possessed a desire how the world worked. Many of these philosophers, such as Plato and Aristotle, are still well known and their works remain influential.

There are other philosophers that have had an impact on the field but may but may not be very well know, such as Carneades. His claim to fame is that he spent his life challenging established philosophies or beliefs while teaching and debating the philosophy of skepticism. However, he wasn’t popular back then because he questioned people’s preexisting beliefs. Here’s more information:

Carneades was born in Cyrene, North Africa in 213-214 BC, moving to Athens while young. Initially, he studied with the Stoics, especially the works of Chrysippus, and learned logic from Diogenes. He became extremely knowledgeable about Stoic philosophies, subsequently becoming a powerful critic.

He joined Plato’s Academy, in disrepute from Stoic attacks, finally becoming Head of the Academy. He possessed a deep intelligence, exceptional eloquence and the ability to make powerful arguments. As he had done with the Stoics, he thoroughly learned his opponents positions so he could verbally demolish them. Throughout his life, he fought vigorously against all positions held by other sects. He outlived many of his contemporaries, dying in Athens in 129-128 BC at the age of 85, always remaining a committed skeptic and scholar.

When Carneades was 55, he was sent, along with Critolaus the Peripatetic and Diogenes the Stoic, as an ambassador to Rome. Rome had fined Athens the impossibly high sum of 500 talents for destroying Oropus. Athens couldn’t pay. The three ambassadors were tasked with getting the fine reduced.

In Rome, Carneades eloquently spoke on various philosophical subjects. Cato the Elder listened as he spoke on justice. On the first day, Carneades vigorously defended the virtue of Roman justice. The next day, Carneades persuasively refuted each point he had made the previous day, his common practice.

Cato was horrified, afraid young Romans would be corrupted. The Senate ejected him from Rome. The fine was eventually reduced to 100 talents, but Athens still couldn’t pay.

The Philosophy of Skepticism

Skepticism as a philosophy originated in Greece, but Carneades elevated skepticism to new heights. He believed true knowledge of anything is impossible and judgment should be suspended. However, in the interests of practicality and maintaining society, Carneades’ held some things are more probable than others. He was famous for arguing persuasively on both sides of an argument.

Perhaps the greatest lesson to learn from Carneades is that you must thoroughly study your adversary. He would have completely agreed with Sun Tzu’s statement in the Art of War, “Know your enemy.” Carneades always argued from knowledge, never from ignorance.

Unfortunately, he didn’t leave any writings behind. All knowledge of his lectures comes from his devoted pupil and friend Clitomachus, who wrote he never learned Carneades’ true thoughts on any subject. We know about him because elements of philosophical skepticism have appeared throughout history, both preceding and following Carneades. Skepticism is found in Buddhism, ancient Chinese texts, Islamic writings and Aztec beliefs, among others. It is said that he always argued from knowledge, never from ignorance.

When studying the philosophies of the Ancient Greeks, it is important to take study both the well known and not so known philosophers. They each played a part in shaping our thoughts today.