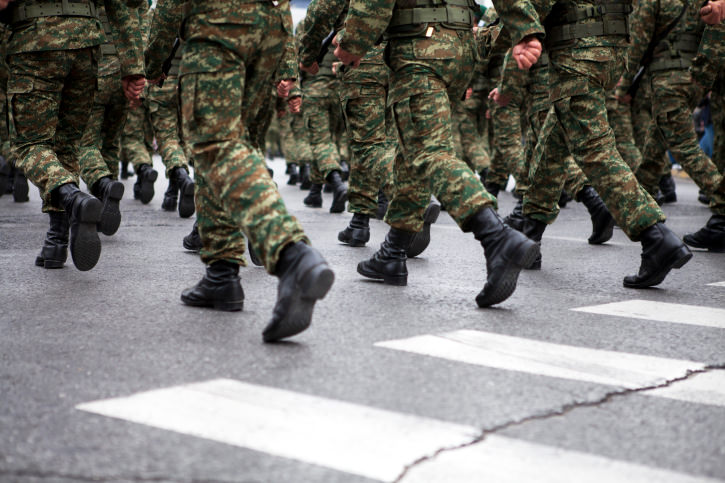 Germany’s invasion in April 1941 left Greece a vulnerable country, which soon became divided among three different powers. Once Germany entered Greece they quickly overthrew the Greek and British forces, which left the country open and susceptible to other foreign powers beyond Germany. Soon the Italians returned, after they had successfully been pushed out of Greece two times prior. Additionally, Bulgaria moved in once the other forces paved the way, dividing Greece among three foreign powers. It was under this triple occupation that Greece began planning its escape from the Axis Powers.

Bulgaria did not want to get involved in the war but was coerced into joining the Axis Powers after repeated pressures from Germany. Germany demanded that Bulgaria join by threatening to invade Bulgaria and also offering Greek territories as a reward for joining the cause, and Bulgaria joined the Axis Powers in March 1941. Even though Bulgaria was an official member of the Axis Powers, they did not join in the invasion of Greece. Instead Bulgaria entered Greece on the day that Greece surrendered officially on April 30, 1941. Soon Bulgaria took control of the northwestern part of the country and parts of Macedonia.

As Germany led the invasion of Greece, they took over the two major points of interest in the country. Germany gained control of the capital city of Athens as well as Greece’s second largest city, Thessaloniki (also known as Salonica). Not only did Germany gain a tactical advantage in the war by taking control of the country’s two largest cities, they used their power to take control of Greece’s agricultural resources. Even though Germany didn’t occupy all of Greece, they strategically positioned themselves so that they held an enormous amount of power over their Axis allies. Additionally, Germany occupied most of the island of Crete, with a small section under Italian rule.

Fascist Italy having unsuccessfully invaded Greece once, and then defeated again during a failed counterattack took control of what was left of Greece once Germany and Bulgaria staked their claims. What was left ended up being almost two thirds of the country with a territory stretching from the border with Albania all the way down to Tripoli and throughout the Peloponnese peninsula.

The Founding of the National Liberation Front

Divided three ways and facing daily food shortages, huge inflation rates, and a black market for every day goods, the Greek people were in dire need of breaking free from their captors. Their impoverished living situation along with the power play from three foreign countries, eventually led to the formation of the National Liberation Front.

The National Liberation Front, known by its abbreviation EAM (Ethniko Apeleftherotiko Metopo in Greek), was the first form of resistance against the Axis occupation. The aim of the organization was two-fold. First, the EAM was established to organize resistance among the Greek people. Secondly, the group served as a way to establish a government while under opposition rule, as well as a way to lay the ground for a new government system once the country became liberated from the Axis Powers.