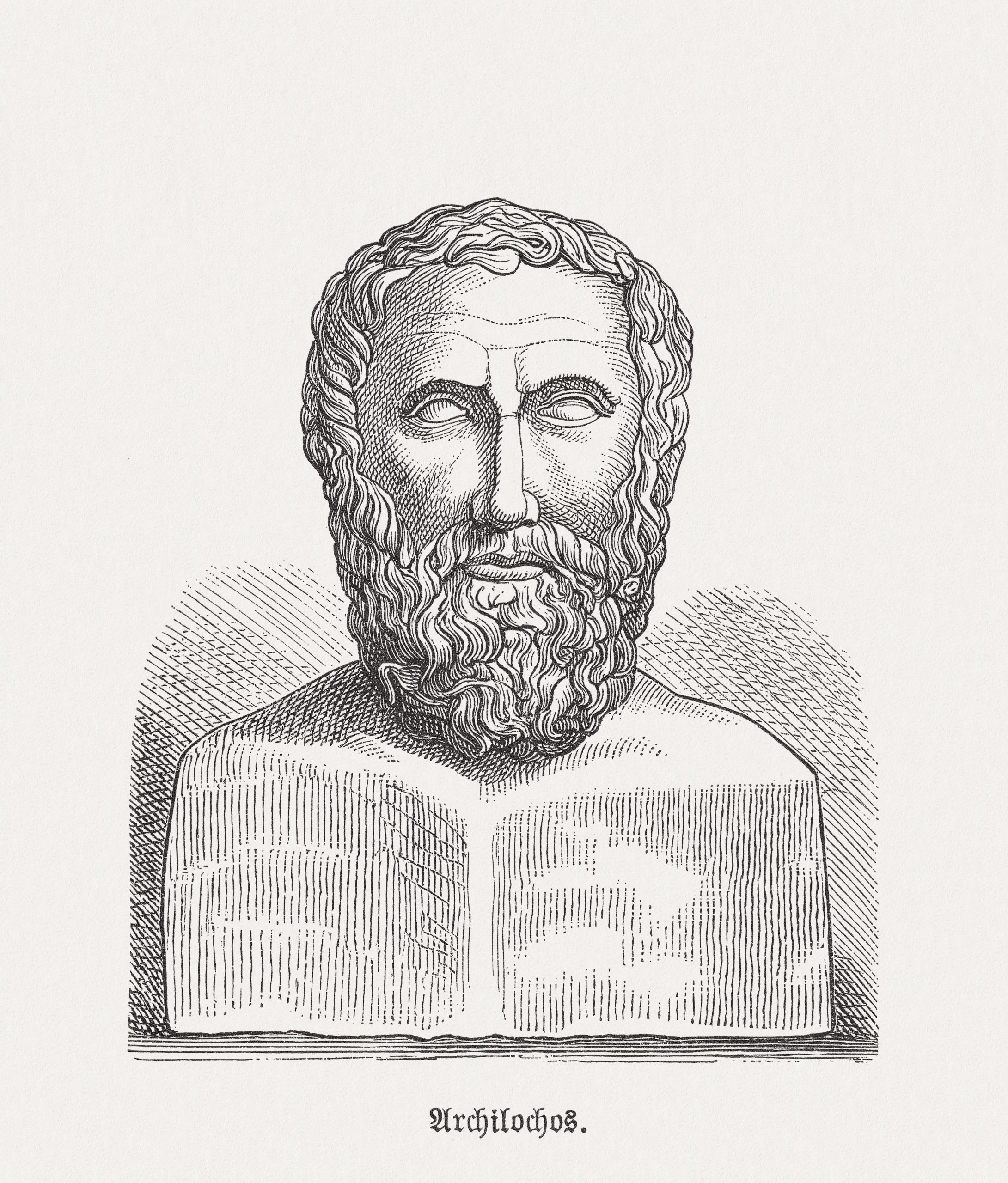 Ancient Greece was home to some of the most amazing writers and storytellers in history, one of whom was the poet Archilochus. While most modern readers have never heard of Archilochus, Archilochus was immensely famous and revered in his time, his name being spoken in company with Homer and Hesiod.

Many literary scholars credit Archilochus with creating the elegy, as well as being the first poet to write on his own personal experiences and emotions. Here’s more information about him:

Archilochus was born on the island of Paros circa 680 BC. It is important to be cautious when one analyzes the life of Archilochus as most of the biographical information on the poet come from his own works. Scholars emphasize that relying on Archilochus’s own words to understand his life poses problems with credibility as many of the people and situations in his poems might be fictitious. Nevertheless, many archaeological discoveries have given proof to some of the claims in Archilochus’s works.

Scholars agree that Archilochus was born into a wealthy family. Archilochus’s father, Telesicles, founded a colony on Thasos, an island in the northern part of the Aegean Sea. The poet then spent most of his early life on Paros and Thasos. Archilochus’s grandfather was Tellis, who is famous in his own right for having established a cult to the goddess Demeter on Thasos.

Archilochus as a Soldier

Archilochus had a reputation among his contemporaries as being incredibly quarrelsome and possessing a foul mouth. Critias, an Athenian politician, famously denounced Archilochus, referring to him as the son of a slave woman and implying that he was lascivious. Judging from his poems, Archilochus served as a soldier. In one of his most famous writings, Archilochus tells of how he left his shield on the battlefield. In a mocking tone, Archilochus declares that he does not need his shield.

Since he is still alive because he ran from the battle, Archilochus can simply buy another shield. Literary critics point out that the motif of an abandoned shield became highly popular in later Greek writing, being copied by Alcaeus and Anacreon.

Another major milestone in the life of Archilochus is described in the document known as the “Cologne Epode.” In this work, Archilochus tells of his engagement to Neobule, which was withdrawn by the bride-to-be’s father, Lycambes. In the mocking work, Archilochus tells how he seduced Neobule’s sister. The family was so shamed by the poet’s mocking that they all committed suicide. This story further cemented Archilochus’s reputation as disreputable among his contemporaries.

Archilochus is credited as one of the most innovative poets of ancient history. As previously stated, Archilochus was the first poet to write on his own experiences and emotions, which contrasts sharply with the more formulaic and heroic traditions that preceded him. Archilochus further experimented with a variety of poetic meters, from the more formal elegy to the entertaining iambus. Archilochus’s use of satire was also incredibly influential for later Greek poets, with his biting wit pushing the boundaries of ancient poetry.

According to tradition, Archilochus died serving as a Thracian soldier during an engagement against combatants from the nearby island of Naxos. In the end, Archilochus’s writings create a window into the ancient world and proved highly influential to later poets.