Written by GreekBoston.com in Ancient Greek History Comments Off on What to Know About Empress Irene of the Byzantine Empire 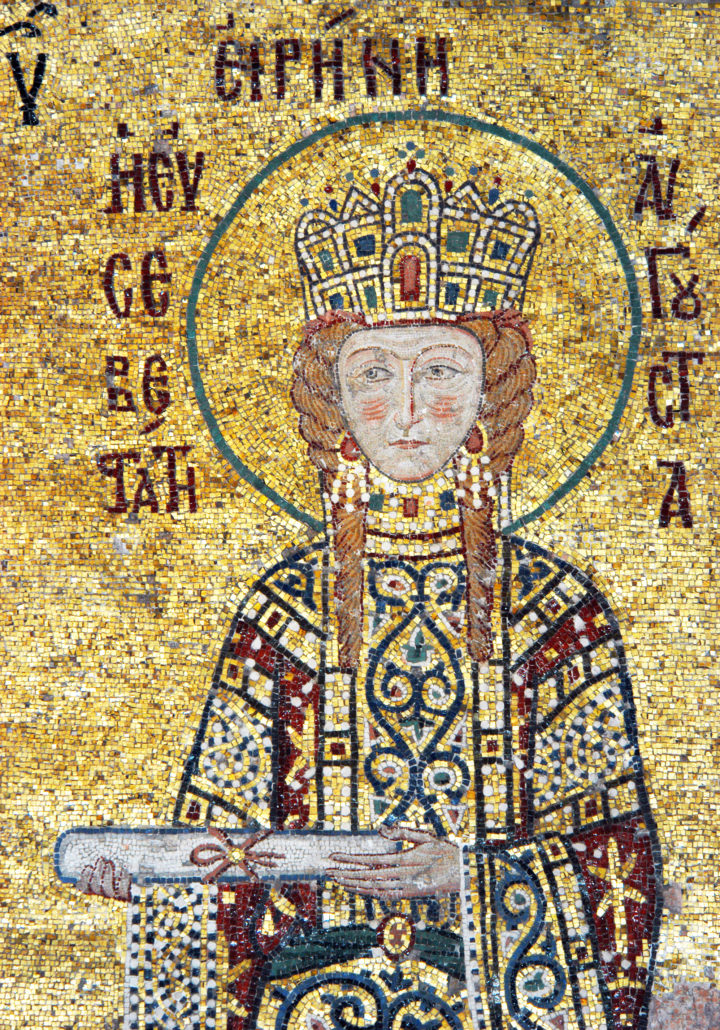 There was a time when Greece was part of the Byzantine Empire. Because of that, there are many prominent historical figures from the Empire that came from Greece. Empress Irene, who was alive from 752 AD to 803 AD,  was one of the these figures. Empress Irene, also known as Irene of Athens, was the consort of Emperor Leo IV, who ruled Byzantium. When he died in 780, she became regent because his son, Constantine, was only nine years old.

Ten years later, he assumed the throne as Constantine VI. He proved to be an ineffective and unpopular ruler, and Irene seized the throne in 797. She thus became the first Empress of Byzantium and ruled as such until 802. Here’s more information about who she was and the impact she played in history:

Irene was an orphan related to the Sarantapechos family, a noble family in Athens. Constantine V brought Irene to Constantinople in November, 768, and she married his son Leo IV, who was then co-ruler of Byzantium, a month later. In 771, she gave birth to the future Constantine VI.

There was a religious movement called Iconoclasm at the time, and believers like Leo IV considered religious icons to be a form of idolatry. Irene, by contrast, believed religious images should be revered.

Leo IV died in 780. His half-brother, Nikephoros, almost immediately challenged Irene’s rule as regent. After defeating his army, Irene had Nikephoros and his brothers ordained as priests, which removed them from the line of succession.
To help solidify her claim to the throne, Irene sought a closer relationship with Charlemagne, the King of the Franks. She negotiated a marriage between her son and his daughter.

During her time as regent, she had several military successes. In 781, Irene discovered that Elpidios, the Strategos or Governor of Sicily, was planning a coup that would put Nikephoros on the throne. Irene sent a fleet to Sicily and Elpidios fled to Africa. In 783, Irene enjoyed her first military success when her favorite courtier Staurakios led an army against the Slavs in Greece. The army eventually made it up to Bulgar territory and annexed it to Byzantium.

Restoring Icon Use in the Orthodox Christian Church

Irene then turned her attention to the restoration of icon veneration. Prior to this, icon usage in the church had been banned. She appointed Tarasios to be the Patriarch of Constantinople. She also held two church councils, one in 786 and one in 787. The second council ended with icon veneration officially restored. It also reunited the Eastern Orthodox and Roman Catholic Churches. Because of this, Empress Irene is named as a saint in the Orthodox Christian Church.

As he grew older, Constantine VI increasingly impatient under his mother’s rule. In 790, with the army’s support, he seized the throne and banished his mother from court. Two years later, after a couple of unsuccessful wars against the Arabs and the Bulgar, he invited Irene back to court and named her co-ruler. Constantine became even less popular when he repudiated his empress in favor of his mistress Theodote. In 797, Irene led a coup against Constantine, took him prisoner, and had him blinded. She then became Empress in her own name.

The Byzantine Empire had never had a female ruler before, and women could not inherit the throne. The Pope thus refused to recognize Irene’s rule. In 800, he decreed that Charlemagne was now the Holy Roman Emperor. Charlemagne proposed marriage to Irene, and she accepted. In 802, before they could marry, Nikephoros staged a coup and overthrew her. Irene fled to Lesbos and died there a year later. 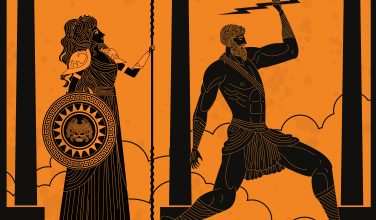 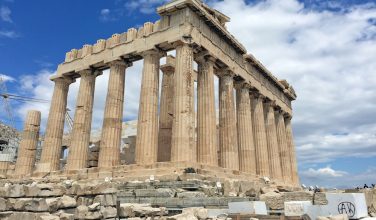