Written by GreekBoston.com in Ancient Greek History Comments Off on About the Helladic Period of Ancient Greece 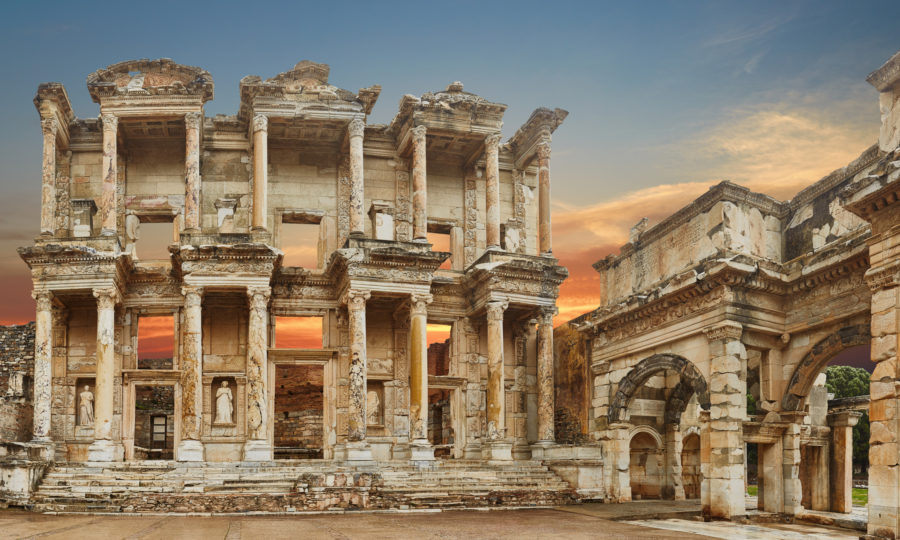 How did mainland Greece develop during ancient times during the Greek Bronze Age? There were a lot of advancements and changes that took place during this time period and it can be hard to track them. Historians and archaeologists have made an effort to categorize this time period, and their efforts are referred to as the Helladic Period, or Helladic Chronology, which contains three distinct periods: Early, Middle, and Late Helladic.

The different periods are largely determined by changes in pottery, since the Aegean culture lacked a writing system. The period overall is distinguished by advances in fortification, as demonstrated by large fortified settlements like Manika and Lerna. The making of tools and art saw more metallurgy, and societies became more cohesive. Here’s more information about it:

The Early Helladic period occurred at roughly the same time as the Old Kingdom in Egypt: 3200-2000 BCE. It is divided into three chronological-cultural phases – EH I, EH II, and EH III – plus a transition phase between EH II and EH III. The Early Helladic period demonstrated an increase in the use of metals, particularly bronze and copper, and settlements became larger and more organized.

EH I was primarily a transitional period from the Final Neolithic period and demonstrates considerable continuity. Metal objects were uncommon. In EH II, communities began to use a “longhouse” building called a megaron. This period also saw the first oxen-driven plows, and societies became more hierarchical. During EH III, culture shifted as a result of importations from across mainland Greece and other nearby regions. Climate change may also have instigated cultural changes.

The Middle Helladic period (2000-1550 BCE) saw a retrogression that has led to it being considered a dark period. The quantity of metals and imported products decreased, and social stratification also leveled, resulting in burial practices characterized by widespread equality.

MH art, however, saw a number of technological advances. Minyan pottery was widespread during the MH period, and matt-painted pottery was another new style. Settlements were tightly packed and usually situated on top of hills. Most information about the MH period comes from the community of Lerna, which has been carefully excavated.

The Late Helladic period was a flourishing era that is often called the Mycenaean Age. During this time (1550-1050 BCE), Mycenae was the most powerful state in Greece. The LH period is divided into LH I, LH II, and LH III.

The volcanic eruption of Thera occurred during LH I, devastating several islands and settlements in the Aegean peninsula. After the eruption, a style of pottery called Peloponnesian LHI developed into the LH II period. During LH III, Mycenaean art expanded across the Eastern Mediterranean.

Many well-known figures from Greek mythology were from the end of the MH period and the LH period, such as Heracles and Oedipus. The Trojan War also occurred in about 1250 BCE during the Mycenaean Age.

Toward the end of the this period, many Mycenaean palaces were destroyed by invasions from the Doric and Sea Peoples. Greece sank into another decline that was caused by invasion and war, a time that coincides with the end of the Bronze Age. Afterwards, the culture and society of Aegean civilization had shifted.