Written by GreekBoston.com in Ancient Greek History Comments Off on Epicurus – Philosopher and Founder of Epicureanism 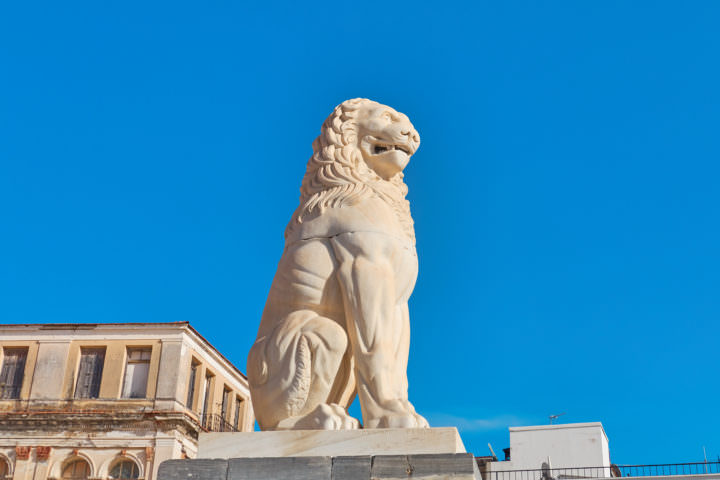 Epicurus is a pre-Socratic philosopher from Ancient Greece who was the founder of Epicureanism. According to Webster’s Dictionary, the word, epicure, is derived from Epicurus and his teaching. It means, “one devoted to sensual pleasure.” It can also refer to someone who enjoys food and wine. Although not many complete manuscripts with his work and his ideas have survived today, we do know enough to get an idea of who he was. Here is more information:

Epicurus, son of Neocles and Chaerestrate, was born in 341 BC on the Greek island of Samos. In his youth he studied under the Platonist philosopher and teacher Pamphilus. His philosophical education continued into his adult life, where, under the tutelage of Nausiphanes, he was educated in the philosophical and scientific views of Democritus, whose concept of Atomism would impact Epicurus’ own work. After a prolific writing and teaching career, Epicurus passed away in 270 BC.

Epicurus distinguished himself from contemporary scholars and teachers in many ways. His schools admitted both slaves and women as students, a rare policy for Grecian houses of learning. He was a prolific writer, completing 43 know works. Some of his works include Thirty-seven treatises on Natural Philosophy, On Love, and On Justice and the other Virtues.

Broadly speaking, Epicureanism was concerned with practical steps for living a happy life. Two key concepts are ataraxia, emotional peace and an absence of fear, and aponia, the absence of bodily pain. Epicurus believed that maintaining these states was essential to living a fulfilling life.

Epicurus held that the positive and negative experiences in life ultimately came from pleasurable and painful sensations; therefore, he advocated a lifestyle that sought to minimize one’s exposure to painful sensations. Contrary to popular belief, Epicurus did not advocate blindly seeking pleasurable sensations. In fact, he cautioned his students against overindulgence, as it often leads to pain. For example, eating too much pleasurable food can lead to health problems, and chasing lovers can lead to heartache. Instead, Epicureans should live a life of contentment with simple pleasures, while doing their best to avoid unnecessary pains.

Views on Religion and Science

Epicurus espoused religious ideas that ran counter to more broadly held beliefs. Epicurus acknowledged the gods, but taught that they did not concern themselves with the lives and actions of humans. He considered the Greek deities unknowable and indefinable, and cautioned his students against ascribing characteristics to the pantheon beyond their immortality and blessed station. Still, Epicurus participated in Greek religious life, as he felt that contemplating them as examples of how to live a blessed life was a valuable tool achieving the aims of his philosophy.

Epicurus’ had a clear impact on philosophy and on life in general. Long after his death, his teachings have continued to impact many great thinkers of the Western world. Thomas Jefferson considered himself an Epicurean, while Friedrich Nietzsche, David Hume, John Locke, and many others counted him among their influences. Ancient as they may be, Epicurus’ teaching provide a valuable guide for living a happy, productive life.