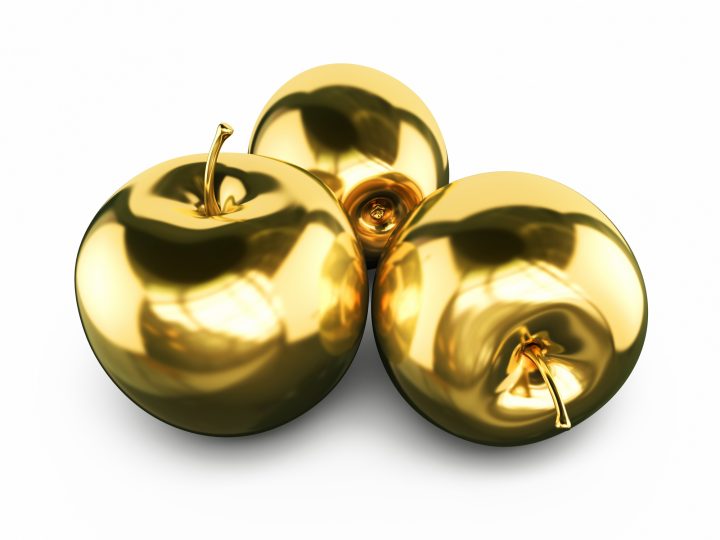 Golden apples play a crucial role in many myths and folk tales from around the world. Perhaps the most famous stories regarding golden apples, however, come from Greek mythology. These three stories are all quite different tales regarding competition, heroes and heroines, fairness, and strife. Here is a look at the story of the golden apple throughout Greek mythology:

In the tale of Atalanta and Melanion, Atalanta declares that whoever wishes to marry her must beat her in a footrace. Melanion, also known as Hippomenes, is in love with Atalanta, so he decides to take part in her race. Before the race, however, he asks Aphrodite, the goddess of love, for help.

The Golden Apples of the Hesperides

In the tales of Hercules, the hero is given 12 labors to perform. For the 11th labor, Hercules is sent to steal three golden apples from the gardens of the Hesperides. The Hesperides were nymphs of evening and sunset, and they guarded their garden well. In one version, Hercules retrieves the apples by asking Atlas, who is related to the Hesperides and can therefore take the apples without suspicion, for help. Atlas holds the world on his shoulders, and Hercules offers to hold it for a time instead if Atlas will get the apples.

In another version of the story, the Hesperides use a dragon, named Ladon, to guard the apples. In this version, Hercules must slay the dragon to retrieve the apples.

Paris and the Trojan War

Many people are familiar with the story of the Trojan War, but according to mythology, the war was started by a golden apple. Zeus held a banquet but did not invite Eris, the goddess of discord. To show her displeasure, Eris arrived anyway and threw a golden apple. The apple read “for the most beautiful.” Hera, Aphrodite, and Athena all claimed that the apple must be for them. To settle the dispute, Zeus called on Paris to judge who should have the apple.

Each goddess offered Paris a great gift in return for saying that she was the most beautiful. Aphrodite offered Paris the love of Helen, the most beautiful human. Paris gave the apple to Aphrodite, and Helen fell in love with him. Helen, however, was already married to the king of Sparta. When Paris took Helen to Troy, the king vowed to find her, and the Trojan War began.

Whether the golden apples of myth were a real type of fruit, such as oranges or quinces, is unknown. Despite this, or perhaps because of it, the idea of a mythical fruit, coveted by the gods, is still as captivating today as it was hundreds of years ago, and the stories of the apples have been carried from ancient Greece into modern-day retellings, legends, and songs.