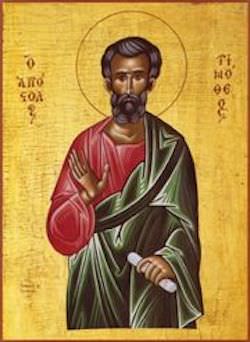 Learning about the different saints is an important part of being an Orthodox Christian. In fact, learning about the saints is an integral part of the lives of Christians today, especially since many Christians are named after one of these saints. As a result of this, they celebrate their name days, which falls on the feast day for that particular saint. Depending on where you live, you might even celebrate your name day instead of your own birthday!

Saint Timothy, also known as the Apostle Timothy or The holy, glorious and all-laudable Apostle Timothy, is most known for being the Apostle Paul’s companion on many of his journeys. It is unknown when exactly Timothy was born, but we do know that he died around 80 AD as a martyr. We also know that he had a mother named Eunice and a grandmother named Lois, and both were known for being devout and pious. We don’t know the name of his father, but we do know that he was of Greek origin. At some point in his life, Paul converted Timothy to Christianity. Many believe that this occurred during Paul’s second visit to Lystra. Timothy eventually became Bishop of Ephesus and it is thought that he was later martyred when pagans dragged him through the streets and beat him to death.

Saint Timothy Mentioned in the Bible

Saint Timothy is not considered to be the author of the Epistles that bar his name, referred to as I Timothy and II Timothy. He was, however, the subject of these two books. Written as letters, Timothy was the intended recipient. Also known as the The First Epistle of Paul to Timothy and The Second Epistle of Paul to Timothy, it is largely held that Paul was the author of these Epistles. However, this has been under debate.

There are some hymns that can be found in the Orthodox Christian church service that celebrate Saint Timothy. Here are the details:

Thou didst learn kindness and goodness
and wast sober and temperate in all things,
and wast clothed with a good conscience as becomes a holy person.
Thou didst draw from the Chosen Vessel unspeakable mysteries;
and having kept the Faith thou didst finish thy course, O Apostle Timothy.
Intercede with Christ our God that our souls may be saved.

Let us the faithful praise the Holy Apostle Timothy,
the companion of Paul in his travels and together with him
let us honor the wise Anastasius, who came as a star from Persia
for the healing of the passions of our souls and the diseases of our bodies

Saint Timothy’s name day is on January 22nd of each year. Check the Name Day page for more information about other Orthodox Christian name days.

OrthodoxWiki – Apostle Timothy (Source for Photo Credit for Image Above) 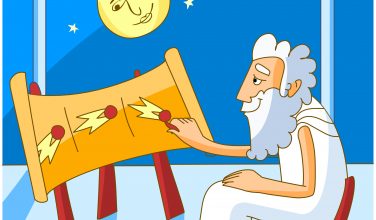