Written by GreekBoston.com in Ancient Greek History Comments Off on Corinth Was One of the Most Powerful Greek City States

Most of us know all about city-states like Athens and Sparta. However, other city-states, such as Corinth, were also important. In fact, at it’s height, it was considered one of the wealthiest city-states in Greece, along with Athens and Thebes.

Ancient Corinth, which is located on the narrow strip of land that connects the mainland of Greece to the Peloponnese peninsula, is strategically poised in a way that allowed the Corinthians to become masters at trade. As a result of this location, being tradesman and merchants is what they were particularly known for.

There were several reasons why Ancient Corith was one of the most prosperous city-states in Ancient Greece. First of all, their location was part of it. Because they had a prominent location, this enabled them to actively engage in trade. This also gave them a political advantage because it enabled them to control not only the isthmus, but the surrounding area. T

he city was also one of the largest in Ancient Greece. In 400 B.C., it is estimated that Corinth had a population of around 90,000 people. In fact, there was a time when Corinth was even more prominent than Athens, which didn’t rise to power until long after Corinth had already been established. 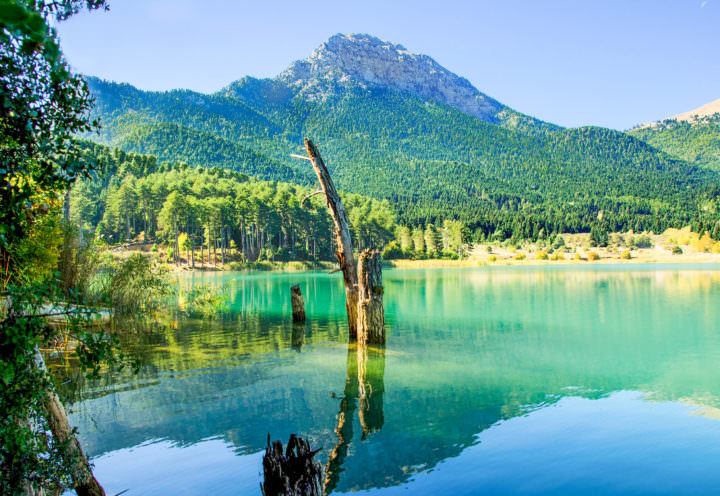 Corinth is most known for being a city-state that, at one time, had control of two strategic ports. They were both important because they were key stops on two important ancient trade routes. The fact that the city was able to control these ports is one of the reasons why there was a time when it was one of the richest and most powerful city-states in Greece.

One of the reasons why Corinth was so important is because it had two ports Lechaion, which was located in the northern part of the city-state, and Kehries, which is located on the coast of the Saronic Gulf. Because they were located on two bodies of water, this allowed Corinth to control the trade routes in both of these bodies of water. These strategic ports were part of the reason why Corinth was able to thrive because many of its citizens were part of the merchant trade and they were able to become wealthy.

There is evidence that the area where the city-state of Corinth was located had been inhabited since the Neolithic Era between 3000 and 5000 B.C. However, not much is known about the people that originally lived there during this time. However, we do know that many parts of the city-state, such as the public construction funded by the government, didn’t begin until the 6th century B.C. 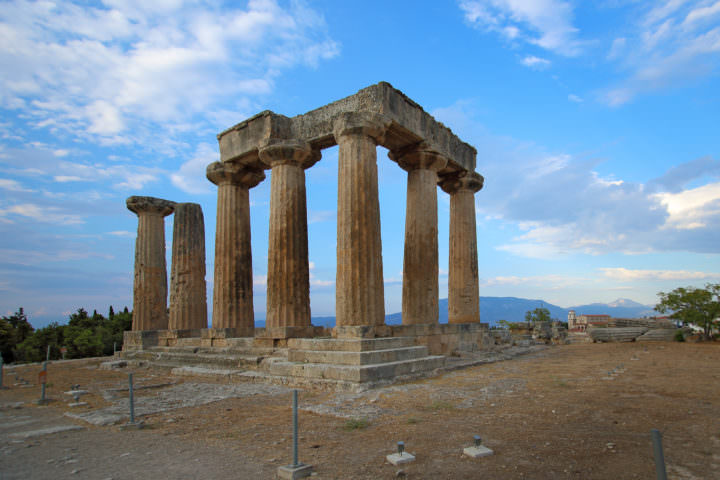 One of the most important of these public projects was the ancient road that led from the ports that was designed to haul ships from the water and onto the mainland. The road itself also facilited trade throughout Ancient Greece and allowed for the easy transport of goods. The road, which was called “Diolkus”, was built during the reign of Periandrus. Besides the road, we know that there was an ancient market, temples, arcades, fountains, shops, bathhouses, a theater, cemeteries, and other important buildings.

This city-state thrived until around 146 B.C. when the Romans destroyed it. However, rather than leave it as is, they decided to rebuild it. In 44 B.C., the Romans made it the capital of Greece. Later on, the Apostle Paul traveled here to spread the word about Jesus Christ. Much of his efforts have been documented in the Book of Corinthians in the Holy Bible.

Over time, however, Corinth’s wealth became depleted and other states, such as Athens and Sparta, took over as being the most powerful. Even still, Corinth was still one of the major city-states in Ancient Greece. It is also important to note that there are parts of Corinth that are still standing today.