Written by GreekBoston.com in Ancient Greek History Comments Off on What to Know About Greece in the Roman Era 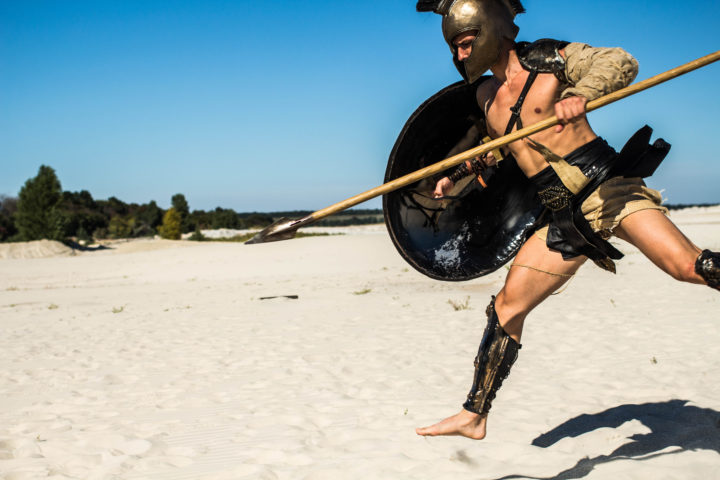 The Romans began ruling the Southern European Greek Peninsula and placed Macedonia under Roman rule after the 146 BC Battle of Corinth. Some cities in the region were partly able to sustain independence to avoid being taxed by Rome. An initial revolt in 129 BC was unsuccessful. A second revolt in 88 BC resulted in the annexation of the peninsula which eventually became Archaea Province in 27 BC.

The economy of Greece was destroyed. However, the Asia Minor cities soon began their recovery. The towns on the Greek Peninsula which suffered the worst damage were rebuilt by the Romans. Corinth became Archaea’s new capital, and Athens became famous for its philosophers and a place of learning. Here’s a look at the history of Greece during the Roman Era:

Overview of the Early Roman Empire

Although some of the Roman emperors didn’t appreciate the Greek people and considered them to be backward and uneducated, others enjoyed Greek literature and their philosophy on an array of topics which grew to have a significant influence on the culture of Western civilizations. Virgil was a famous poet who lived during the time of Augustus, the first Roman emperor.

Virgil was inspired by Homer, the famous Greek author who wrote: “The Odyssey” and “The Illiad,” when he wrote three of Roman literature’s most epic poems. The elite members of society in Rome began to study the language of the Greeks and the science, philosophy, and culture of the country were excellent examples to follow.

Roman nobility and emperors were responsible for constructing many of the most impressive temples in Greece. When Nero visited Greece in 66 AD, he participated in the Olympic Games even though it was forbidden for anyone who wasn’t Greek to compete in the games. Julius Caesar began building the Roman Agora near the Acropolis, which Augustus later completed.

The Gate of Athena Archegetis dedicated to the Greek goddess Athena was located to one side of the Roman Agora. The agora was also the site of the Tower of the Winds, which as considered to be the most significant structure built during this period and was acknowledged as the first station to study meteorology.

Emperor Hadrian built his famous arch Hadrian’s Gate and the Library of Hadrian next to the Acropolis in Athens. Hadrian had an attachment to the Greek people and treated them with more kindness than many of the other emperors. The Early Empire of Pax Romana was the longest peaceful period in the history of Greece and was the time when trade began between Greece and Rome. Greek became the common language of Greeks and Romans and Christianity began to have an influence throughout the Roman Empire.

Greece was divided into various provinces in the 2nd and 3rd-centuries and was invaded several times during the time Romulus Augustulus was in power. The eastern part of the Roman Empire became the Byzantine Empire, with new prosperity on the Greek Peninsula. The small towns became urban areas and the economy thrived.

After the turmoil of earlier times, between the 4th and 7th-centuries, Greece may have been one of the most prosperous societies in the Eastern Mediterranean region.

Wikipedia – Greece in the Roman Era