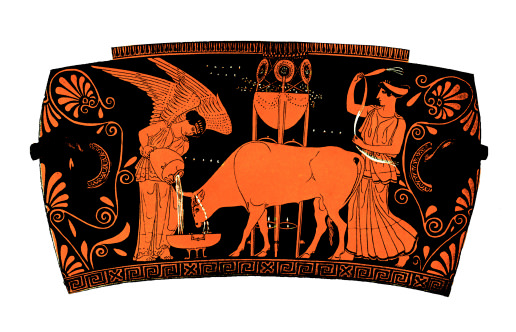 Did you know that many of the things we enjoy in modern society were invented by the Ancient Greeks? One of the most important of these is the system of democracy that people all over the world enjoy. In fact, democracy is looked at as in ideal government because of the freedoms that the citizens enjoy. This all wouldn’t be possible if it weren’t for Ancient Athens!

Democracy Begins in 6th Century BC

The first system of democracy that we know of began in Athens in 507 BC. The leader at the time Cleisthenes, implemented a system called “demokratia”, which is translated as meaning “rule by the people.” While there might be evidence to suggest that some form of democracy took place in other places before this time, but the Ancient Athenians set up a system that is structured in a way that has inspired the democratic governments that are around today.

In particular, the Athenian form of democracy was set up into three branches of government including:

While the original Athenian system hasn’t always been adopted exactly as it was originally created, modern democracies have used the original system as inspiration. The general idea is that the people have powered the government as a whole.

What Democracy Has Accomplished

Cleisthenes first adopted this system of government as a way to take the power of governing away from the corruption that the original system that was in place caused. In particular, several powerful Athenian aristocrats who only made decisions based on what was best for them had ruled the government. The democratic system of government changed that.

“Equality is a good thing. Evidence for this is the fact that while they were under tyrannical rulers, the Athenians were no better in war than any of their neighbors, yet once they got rid of their tyrants, they were by far the best of all. “

Through his writing, we learn that the aristocrats who ruled before democracy was put it into place were tyrants who didn’t support equality amongst the people. Over time, democracy became synonymous with equality, which means that this form of government has become the ideal standard for those who strive to maintain a fair and equal style of government.

Unfortunately for the Ancient Athenians, the demokratia didn’t endure. By the time 460 BC came around and Pericles came into power, the original system started to change. The new system has been described as an aristocracy and it put the power of governing back into the elite members of society. This means that democracy was rather short lived in Ancient Athens. However, the impact of the original system is still felt today, as governments all over the world adopt their own version of democracy.