Home > Greek Culture > Ancient Greek History > Did the Dorian Invasion Cause the End of the Mycenaean Civilization?

Written by GreekBoston.com in Ancient Greek History Comments Off on Did the Dorian Invasion Cause the End of the Mycenaean Civilization? 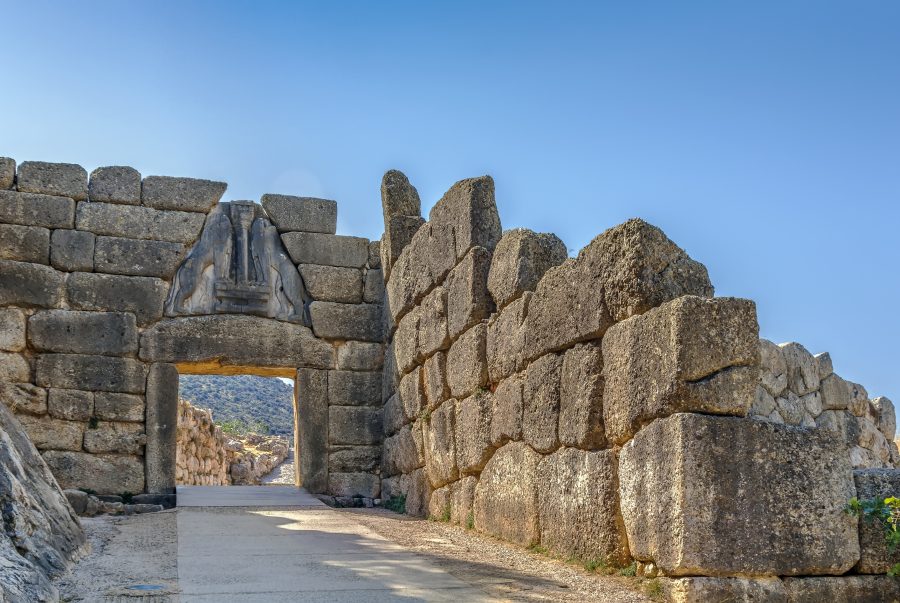 The Dorian invasion was between the years of 1300-1100 B.C., somewhere toward the end of the Mycenaean period which took place around 1600-1100 B.C. Ancient historians often included myths and fables into factual history to embellish it and to give circumstances with otherwise skeptical particulars a more readily understandable explanation.

Background of the Dorian Invasion

During the Mycenaean period, Greece experienced a homogenous culture, a culture ensconced in an era of prosperity. Though homogenous to Greece, it was not an insulated culture, by any means, having influences from the trade of the arts from places such as Egypt, Mesopotamia, Crete, and Sicily, but these were assimilated into the mainstream of Greek lifestyle. This more refined Greek culture only began to disintegrate when northern tribes descended into the area of Mycenae by a people called the Dorians, later responsible for the settlement of Sparta, the infamous, rival city-state of Athens.

Return of the Descendants of Heracles (Hercules)

This invasion of the Dorians, as it only much later came to be called by historians in the 19th century, was also referred to in ancient times as the return of the Heracleidae. These would be the people who were descendants of Heracles, known to the modern-day world as Hercules, son of the Greek god, Zeus. These descendants were supposedly exiled when Heracles died, and that’s when they came to Mycenae to reclaim lands Heracles had previously held in Greece.

It was not at all the kind of invasion as in an attack, taking over the land of the Peloponnesus at once, but rather implied a descent of the peoples from north to south. The infiltration brought about a gradual erosion of that civilization, its accepted customs, language, urban organization, and shared religious beliefs over decades, perhaps even mostly unnoticed by much of the society at the time.

End of the Mycenean Era

There were no other means to explain the end of this era but that the Dorians brought with them their own culture and ushered in a new era, the Iron Age of Greece, also the Dark Age, appropriately named because when the Mycenaean language and writing disappeared, it was not replaced, thus there are no written historical accounts of the period from around 1100-750 BC.

A contribution of the Dorian invasion to modern thought might be that as early as ancient times, it didn’t necessarily take something as blatant as a war situation to bring about the demise of a society. The changes occurred insidiously, so unobtrusively over so much time that it took a myth to afford some explanation for only the results of what happened. It begs the question as to whether or not current societies have learned enough from history to recognize “Dorian Invasion” of the present.