Written by GreekBoston.com in Ancient Greek History Comments Off on Learn the Role of Music of Ancient Greece 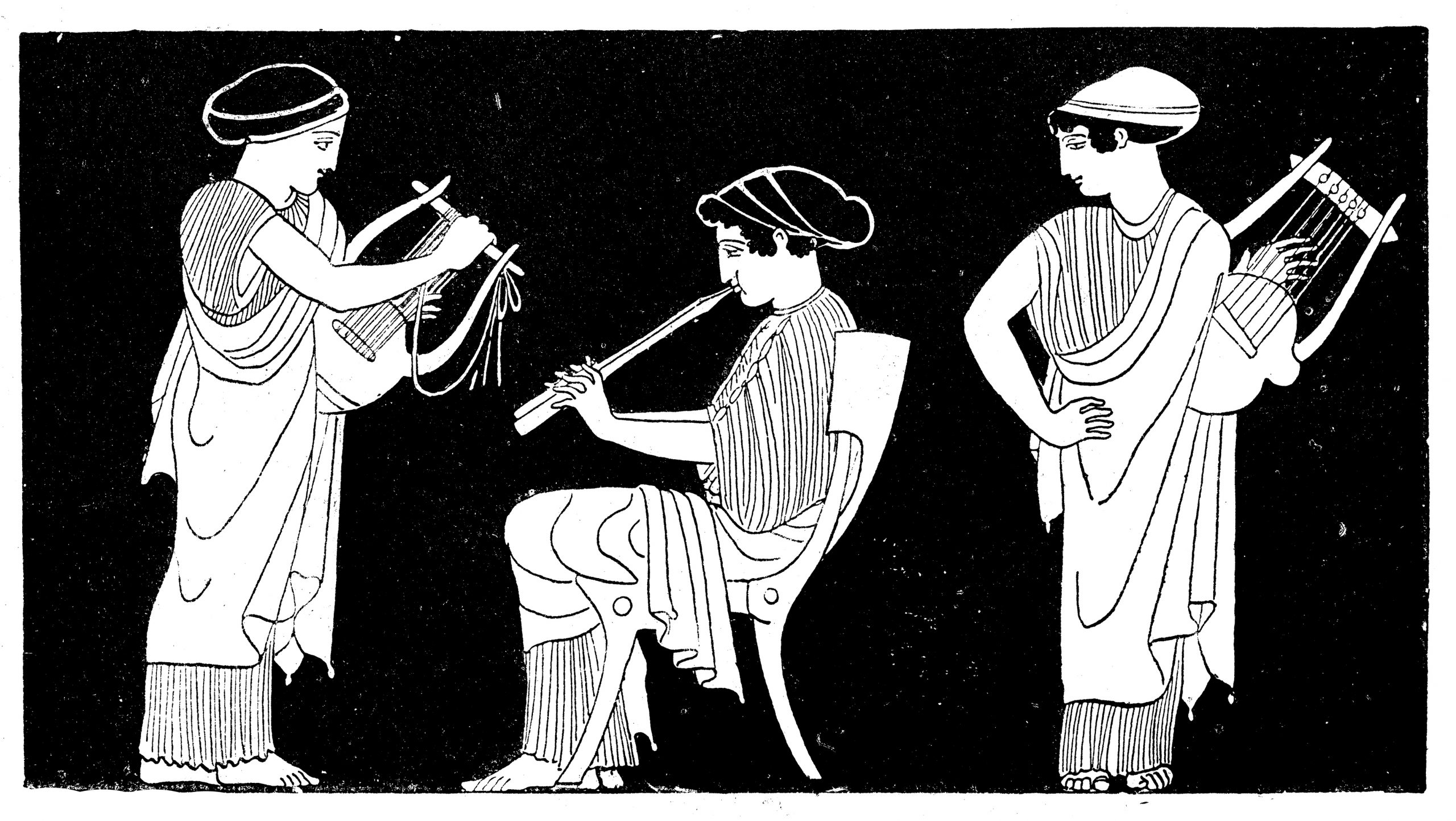 Music was at the center of most people’s lives in Ancient Greece. Whether played at funerals, weddings, or just everyday gatherings, music was always part of the life of the average person in Ancient Greece. Looking at it more closely, one can determine that music in ancient Greece was closely tied to the mythology and religion of the era. Here’s a look at the role music played to the people of Ancient Greece:

The word “music” is derived from the Muses, lower goddesses who were the daughters of Zeus and who inspired the musicians of the ancient world. Greeks regarded music as a gift from their gods. As such, music was played at a variety of different religious ceremonies, with archaeological evidence supporting this fact dating back to 1300 BC.

The Greeks regarded Apollo as the primary god of music, but nevertheless attributed various instruments and musical innovations to other deities. If a musician discovered a new instrument or technique, his or her findings were regarded as a gift from Mount Olympus. The Greeks even believed that the creation of the human race involved music.

One of the most important Greek mythological figures was Orpheus. While his birth is shrouded in mystery, many say that Orpheus was the son of Apollo and the Muse Calliope. Learning singing skills and how to play the lyre from his parents, Orpheus saved the crew of the Argo from the Sirens after his singing broke their spell. When his love Eurydice died, Orpheus traveled to the underworld, where he warmed the heart of Hades with his musical skill and rescued his beloved.

Music in the Greek Arts

As previously stated, music was a central part in the lives of most Greeks. Lyric poetry was often sung with the accompaniment of a lyre. Lyric poetry itself split into two different branches. Monodic lyric was sung by a single person while choral lyric was performed by a group. Dithyrambs, which are tragic poems, were also performed with music. A dithyramb was performed as a play with a large cast. One actor would play the story’s tragic hero, who told his story through both speech and music. The chorus would respond to the hero, telling his story through song and dance.

Music in Greek Philosophy and Education

Greek philosophers developed an entire theory of music and how it should be used in society. The mathematician Pythagoras was the first philosopher to come with a theory of music. Inventing the monochord, Pythagoras centered his theory on vibration and the length of strings.

Pythagoras’s theory was adopted by Plato, who believed that the only proper way of playing music was dependent on the established use of modes, which included the Dorian, Phrygian, and Lydian. Aristotle believed that music was a key part of a young person’s education. Aristotle advocated teaching students to play an instrument because it brought joy to both the player and those listening to the music.

In the end, music was a central part of life in ancient Greece. Music was part and parcel to Greek religion and was further featured in Greek storytelling. Some of the most important philosophers of ancient Greece also wrote on the value of music, giving their guidance on how it should be used in society.