Written by GreekBoston.com in Ancient Greek History Comments Off on All about the Panathenaic Games 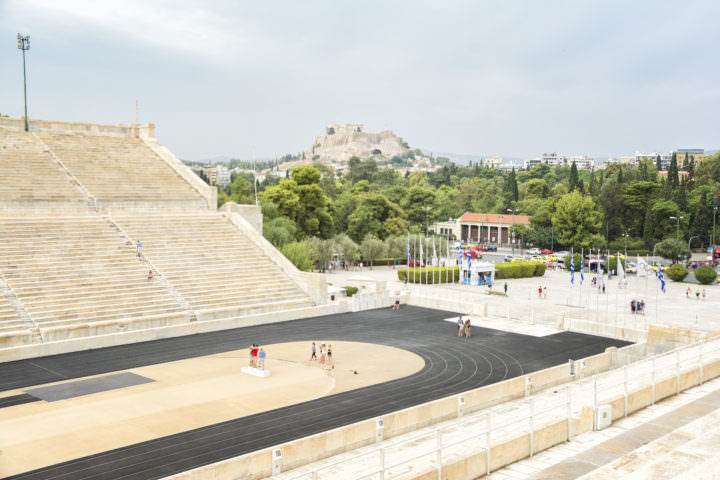 Most of us know all about the legendary Olympic Games from Ancient Greece, especially since our modern Olympic Games were inspired by the tradition. However, the reality is that there were actually many types of games in Ancient Greece, and they all offered a way for athletes to display their prowess in their chosen sports. Most were also religious festivals, as well. The Panatenaic Games were part of this long-standing tradition. Here’s more information about these games:

Information About the Panathenaic Games

The Panathenaic games are actually a part of the much larger & bigger religious festival that is called the Panathenaia. The Panathenaia was held regularly every year. However, over the times the Panathenaic games gained popularity. The Panathenaic sports or games were organized every 4 years in the great city of Athens, situated in the Ancient Greece. The games took place from the 566 BC to the third century AD. These sports incorporated athletic competitions. What is unique about them is that these games were hosted in one stadium, and this includes the ceremonies and religious celebrations that were also associated with them.

Religious Aspect of the Games

The games themselves were part of a larger religious festival called the Great Panathenaia, which was dedicated to the goddess Athena and also to Poseidon, the god of the sea.  The festival itself went on for around four days.  The competitions that were held during the festival brought athletes from all over Ancient Greece together. However, even in Ancient Greece, these games weren’t considered as important as the Olympics.

Events During the Games

About the Panathenaic Stadium

The event as a whole took place in the historic Panathenaic Stadium, which is located in Athens, Greece. The stadium is actually still in use today. In 1865, Evangelis Zaappas, a Greek Philanthropist, and Patriot left behind a will that comprised a considerably vast fortune with the instructions to refurbish and excavate the stadium, in order to make the stadium efficient enough to hold the Olympic Games. The stadium was the host of modern Olympics in the year 1870, 1875, 1896, 1906, and 2004.

The Pantathenaic Games was an annual festival of Athenian that held great importance and antiquity. It was celebrated every 4th year with a lot of enthusiasm and great splendor. However, the festival mainly had the rites and sacrifices to Athena, the protector of the city. There were musical events and contests held, portions of famous & epic poems recited, and many other exciting events. The contests were held inside the grand odium, which was actually built for Pericles.