Written by GreekBoston.com in Ancient Greek History Comments Off on Pelasgians – Early Inhabitants of Ancient Greece 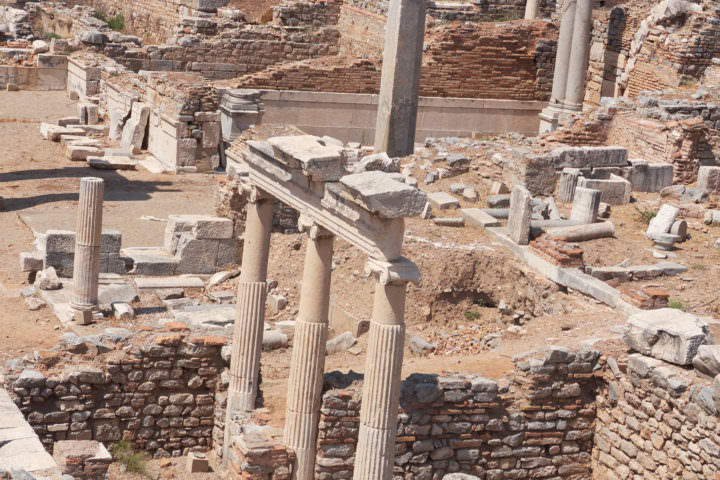 The period of time that we think of as Ancient Greece is usually measured from the fall of Troy around 1200 B.C. to the Roman victory at the Battle of Corinth in 146 B.C. But before most of the major events and stories from Ancient Greece, there was another group living in the mainland known as the Pelasgians.  The term is frequently used to refer to any and all inhabitants of the Greek Peninsula before the arrival of the Hellenes, but their origins, culture, and language remain shrouded in mystery. Here’s more information about them:

What Historians Had to Say

Herodotus was the father of history. He wrote The History of the Greco-Persian Wars in the 5th century B.C. Since he was the first historian, he had no sources to check. The best he could do was review Homer and a few other poets. Some families, especially in Athens could trace their ancestors back several generations. And there were the myths and the legends. Herodotus found the name Pelasgians in Homer.

He also gives two different meanings to the name. He refers to all the early people in the region as Pelasgians. Then later he talks of them as a tribe, a defined clan that immigrated to Greece. They worshipped Zeus, Hephaestus, and other gods who later appear in the Greek pantheon.

Hellanicus of Lesbos wrote that when the Greeks expelled the Pelasgians, that people went to Italy and later settled in Tyrrhenia. He believed the Etruscans were the descendants of the Pelasgians and that their language derived from that people.

Myths of the Pelasgians

Pelasgos was a legendary ruler of early Greece and the first of the Pelasgians. The Greeks believed he was the first man. The myth says that he originated in Greece, a true autochthon, springing full-grown from the side of a mountain. Other stories say that he is the son of Zeus and Niobe, a nymph.

Or the son of Zeus with several other individuals.
In one story Herodotus tells of the Pelasgians living near the Athenians, but separately. The Athenians later drove out the Pelasgians who moved to the island of Lemnos. The Pelasgians raided Athens, kidnapping some of the women. A prophecy said that one day the Athenians would take Limnos from them, too. The Greeks did indeed take the island, using the kidnappings as an excuse.

Language of the Pelasgians

The Pelasgians left no written language at all. Herodotus implies that the Etruscan language of his time was derived from Pelasgian. Scholars up to the present cannot agree on the roots of the language. It has been described as Indo-European, Proto-Albanian, and related to both Hebrew and Egyptian. Most of this is just a prediction, however. Since there is no written record of them, it is difficult to say.

Archaeological findings have indicated that the Pelasgians emigrated from Anatolia in the 4th millennium. But they left little to mark their stay and very little of their language and history. Lost in the fogs of Time, the Pelasgians remain a mystery.