Written by GreekBoston.com in Ancient Greek History Comments Off on Spartiate – Celebrated Citizen of Ancient Sparta 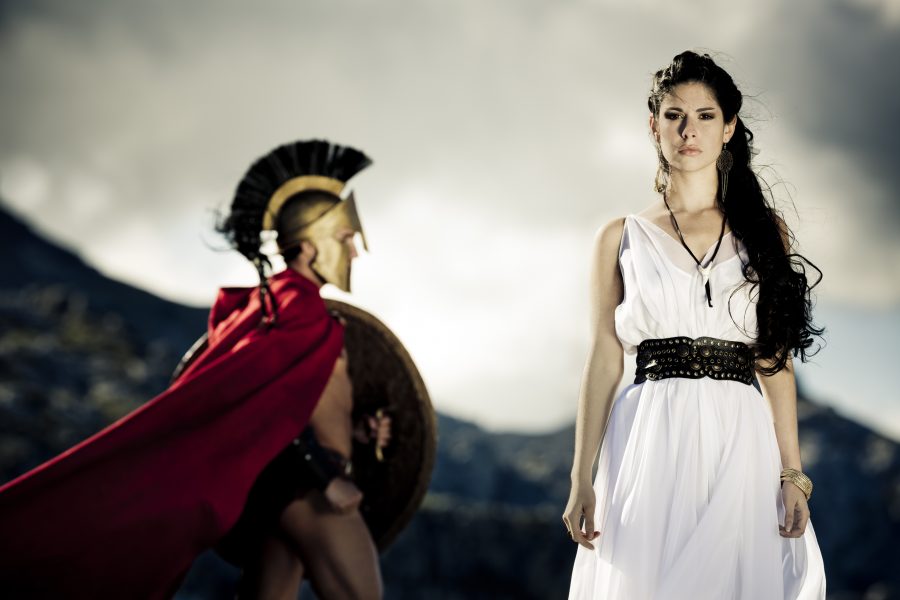 The Spartans were a warrior society whose culture revolved around the military. It was a privilege to belong to the elite Spartiate, the smallest of the three major castes in Sparta. Male Spartans coming from families who could trace their ancestry to Sparta’s first settlers, the Dorians, in the 9th century BC, were trained from the age of seven to prepare them for warfare. Those who can trace their ancestry to the Dorians are considered to be the Spartiate. Here’s more information about this:

These young boys taken to live in military barracks had a rigorous regimen. Respect and obedience to authority were not taught but rather whipped into them. Rather than teaching them that stealing was wrong, it was encouraged. The only punishable crime in this matter would be getting caught. The story of the Spartiate boy who stole a fox, hiding it under his mantle and letting the fox chew his stomach rather than be caught, offers an idea of the stoicism of these people.

If the young men made it through the stringent challenges imposed upon them from the time they started their training until the age of 20, they became full-fledged citizens. They joined a syssitia, a type of men’s dining club, where they ate their evening meals together and talked about politics and philosophy. It was at the syssitia where Spartiates spent most of their time, always having their evening meals there and never with their families. It was a part of the control of the state to ensure they kept in top physical condition. The meals were bland and sparse.

Their adult lives were no less regimented than their childhoods. They belonged to the apella, the general assembly, from the age of 30 where they met monthly, voted on various political issues, and had their say in elections. It was also at this age that they were allowed to marry.

They controlled large areas of property delineated by the state on which the helots or slaves farmed. Much of the money from the farm crops was used to pay their dues at the syssitia. They were at all times ready to engage in military operations until they turned 60.

The average life expectancy at that time was only around 70. They were respected for their lives of service, and just the fact that they had skillfully survived the bloody battles and made it to this age was considered admirable. Their red military cloak or phoinikis was their shroud upon death.

By 371 BC, the small Spartiate caste was dwindling due to battle deaths, low male progeny rates, and that many were demoted from the caste for various reasons, among them, being unable to pay their dues at the syssitia.

Without any naturalization provisions in their laws, they were not replaced. The historian, Plutarch, stated, “they were the only men in the world with whom war brought a respite in the training for war.” Ultimately, this brought about the eventual end of the Spartiates.