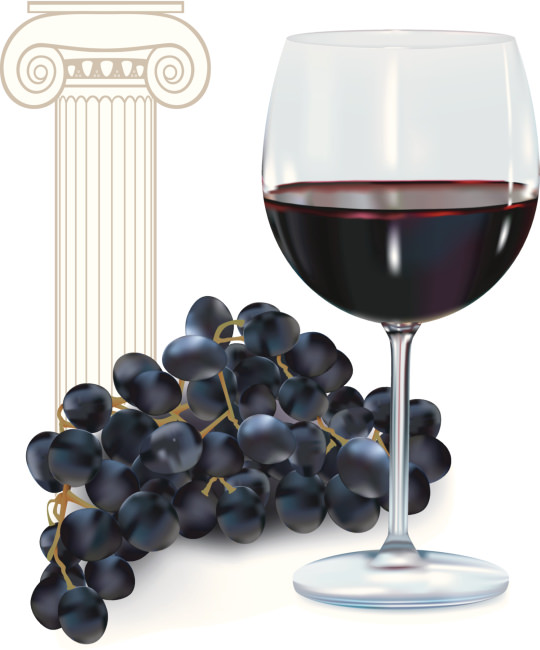 Greece is a country where we are constantly reminded of its ancient history while engaging in modern pursuits. A car speeds through the streets of Athens with the Parthenon in the backdrop. A tourist gazes at the ocean view from the Temple of Poseidon while snapping a picture with his cell phone. Wine is one example of when modern life intersects with ancient tradition because it represents the past, present, and future of the Greek people.

Wine has, in fact, been a part of the Greek culture for centuries. Ancient Greek writers such as Euripedes constantly sang its praises. He said, “Where there is no wine there is no love.” So, even then, wine was associated with all the good things life has to offer, such as love. What this means is that the Greeks had to have been making wine for a while.

Early Production of Wine in Greece

Though early findings of wine production and consumption in Greece began in the Neolithic Period, it was the Minoan Civilization, which came about later that really celebrated it. In fact, it is the Minoan civilization that has given us the strongest evidence in support of early wine production.

For example, the Minoan ruins in Malia have large vats that were used for wine storage. Also, one of the first wine presses ever discovered was found in Palakatro, Crete. This suggests that their winemaking techniques were fairly sophisticated.

Wine and the Mycenaeans

Wine increased in importance in Ancient Greece during the Mycenaean Period. It is during this time period when wine found its way into other aspects of the culture. For example, this is the time period where early references of Dionysius, the god of wine, can be found.

The Mycenaean Period was also significant because there is evidence that they traded wine with neighboring civilizations such as those in Italy, Sicily, Egypt, Palestine, and Cyprus. When archaeologists found amphoras, the clay pot used to transport wine, in some of the Mycenaean dig sites their conclusion was that wine was one of the items they traded.

Winemaking Throughout the Mediterranean

After some time, the Ancient Greeks settled into various city-states. As people migrated to Greece from other areas of the Mediterranean, they brought their grape vines with them. As groups settled and grew, so did the wine production. In fact, wine making became important all over the Mediterranean, not just in Greece.

As civilizations established throughout the Mediterranean, the wine trade increased. Athens, for example, was a huge market for vintners and wine sellers. The large estates and increased population created a large demand for wine, which contributed in making this a popularly traded item.

Wine was an important part of the culture of Ancient Greece. As the population grew, so did the demand for wine. Since Greece has the ideal climate for growing these grapes, winemaking and trading were both very lucrative. Today, this ancient beverage is still made and enjoyed not only in Greece, but also throughout the world.