Written by GreekBoston.com in Ancient Greek History Comments Off on About Xenophones of Ancient Greece 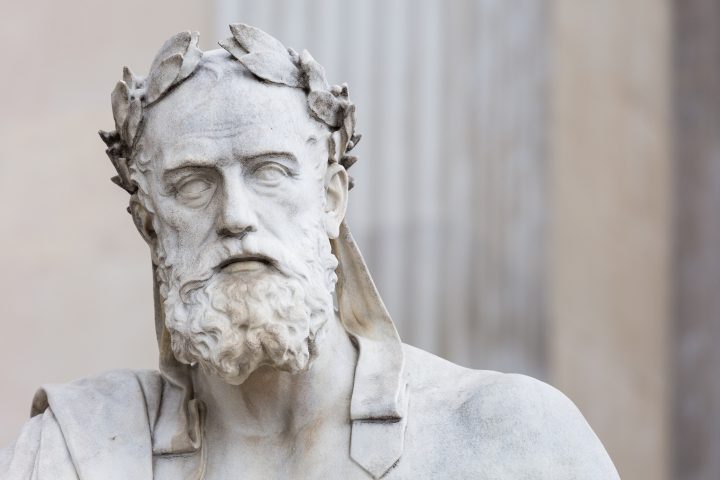 Xenophanes, the Greek philosopher and poet of Ancient Greece was born in 570 BC. He is famous for his work on ethics and politics. Xenophanes wrote many poems, including one that describes what he believes to be the origin of God. He is the first great thinker in a long line of Western thinkers who have used rational inquiry to think about the whole of reality. Here’s a look at the life and works of this ancient poet:

Life and Travels of Xenophanes

Xenophanes was born in about 570 BC, and his birthplace is usually given as Colophon, a Greek colony on the coast of Asia Minor. Apart from his time in Athens, he lived, it seems, for most of his life in various parts of Ionia (southern coastal regions of Asia Minor). He settled in Elea (modern-day Velia) in Italy c.500, where, according to one story, he founded a school (none of whose writings have survived).

He may also have served for a while as an ambassador from Greece to the court at Babylon, but this part of his life is not well known. However, we do know that Xenophanes’ travels are said to have led him to Egypt. He visited Sicily (which was in Greek hands) and southern Italy, where he reportedly got into trouble with customs officials for refusing to make an offering at a temple. He may also have traveled north of the Black Sea, seeing (or hearing about) the Hyperboreans who lived beyond ‘the strenuous breed.’

Xenophanes is regarded as one of the most important figures in shaping early Ionian philosophy. He criticized Homer, Hesiod, and Pythagoras for believing in the idea of anthropomorphism – that divinity could have human form or qualities. Socrates, Plato, Aristotle, and others later took up this criticism in their own critiques of common Ancient Greek religious beliefs. Xenophanes wrote poems that presented his views about religion using mocking verses to illustrate his point.

His poetry attracted widespread attention when he said that God was neither supreme nor an existing entity within the world because He wouldn’t live within man-made structures like temples or be bound to places or people. What pleased Xenophanes more than seeing his words shared would be knowing people used them to better themselves. He believed that people could find a life beyond the physical world and that if they did, it would be one of happiness and tranquility.

Xenophanes is known for his use of written language to convey thought-provoking messages. In doing so, he was one of the original Western thinkers. They used rational inquiry to think about the whole of reality and not just the nature of humankind and its society. Some have credited his poetry as an inspiration for modern thinkers such as Socrates and Plato. They also wrote poems with deep philosophical meaning and later influenced people’s views on culture, politics, and ethics.

His other influential ideas include the rejection of human sacrifices, deeming it “no ordinary or easily remedied injustice,” and religious cults should be abolished because they confuse man’s understanding of God. He criticized common Greek beliefs in ghosts and reincarnation, instead advocating a view of the soul as conscious, immortal, and invisible.

Xenophanes is considered the father of metaphysical philosophy because he was committed to seeking explanations behind physical phenomena. His influence has been felt throughout history, with his ideas influencing people like Socrates, Plato, Aristotle, Plotinus, Descartes, and Spinoza, among others. It is certainly worth learning about him now!