Written by GreekBoston.com in Greek Mythology Comments Off on Story of How the Titan God Atlas Held Up the World 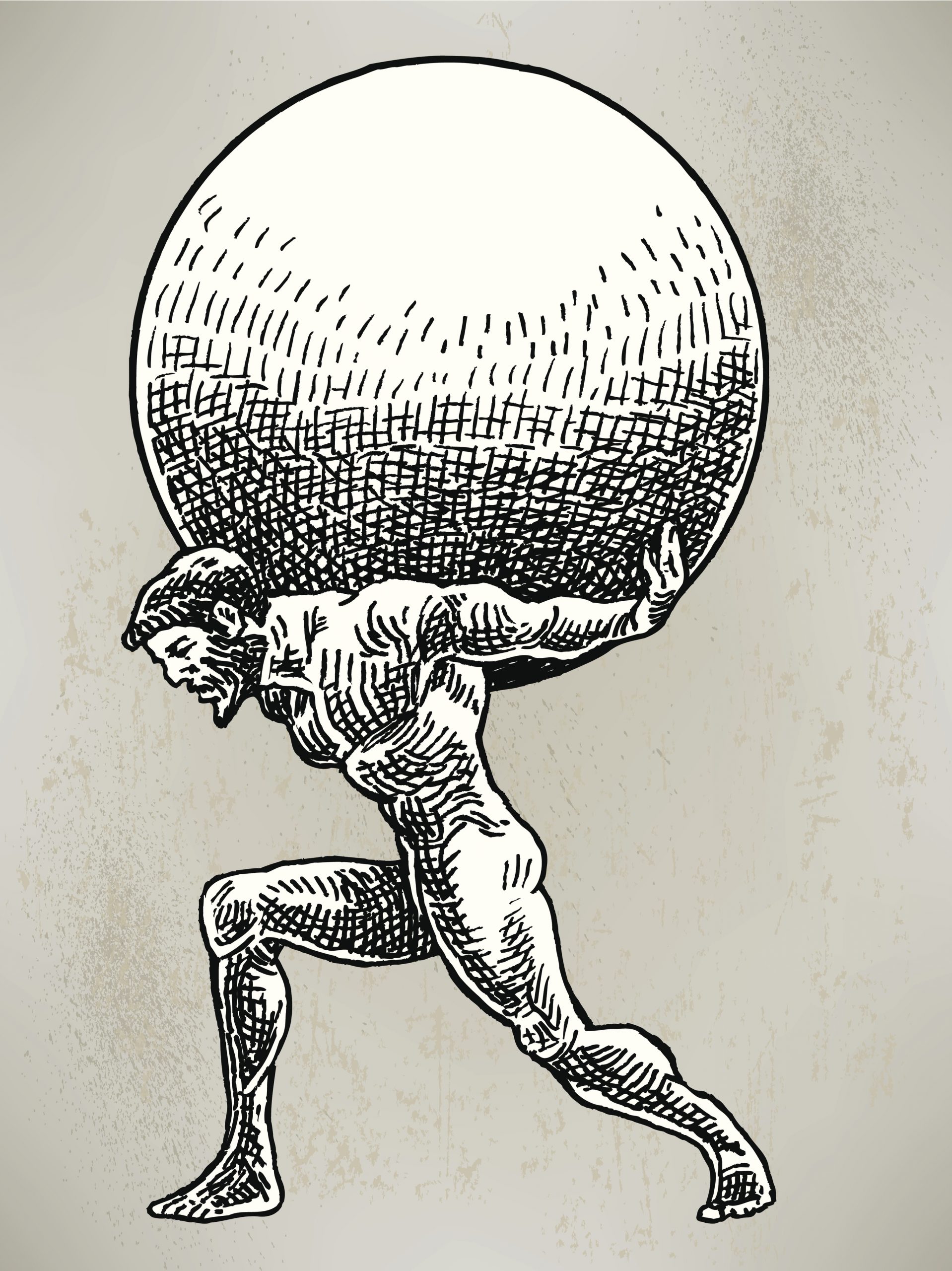 Atlas was one of the Titans, and he was known especially for his extreme strength. He was also known as the god who held the world up on his back. Here’s a closer look at who Atlas was and the story of how he held up the world:

The Titans were the gods and goddesses who were the offspring and Uranus and Gaia. They were approximately twelve titan gods and goddesses, and each had a role that related to both the sky and the earth. For the most part, they were about a generation or so removed from the Olympians. There are also some sources that believe that there were about two generations of Titans before the Olympians came about.

As mentioned above, Atlas is one of the Titans. However, he actually had mixed parentage. He was the son of Iapetus, a Titan God, and Clymene, who was a water nymph. Iapetus had four sons and, due to common interpretations as humanity’s ancestors, are all regarded as having the worst qualities of humankind. Atlas actually had many children, including the following:

Story of Atlas Holding Up the Earth

After the war against the Titans and the Olympians, many of the Titans were sent to Hades as punishment for their takeover. The Titans lost against the Olympians. However, the victorious Olympian gods made an exception for Atlas. Zeus determined that Atlas’s punishment was to stand alongside the western edge of the Earth in order to keep the sky from crashing down.

There are some who believe that the image of Atlas upholding the world is a bit of a misconception, especially when the actual myth has him standing on the planet in order to uphold the sky. Art from the Classical period depicts Atlas holding many celestial bodies, not just the Earth. This misconception is not helped by Atlas’ depiction in the “Farnese Atlas,” a Roman statue from 2nd Century CE, which shows him holding just the earth, or the many appearances of Atlas on 16th Century maps.

Atlas Appears in Other Greek Myths

Besides the myth of him holding up the earth, Atlas appears in many stories. These include:

Atlas was a unique figure in Greek mythology. While many have associated Atlas with maps and immense strength, it is important to remember that Zeus punished him to uphold the sky, not the planet.