Written by GreekBoston.com in Ancient Greek History Comments Off on Best Inventions from Ancient Greece 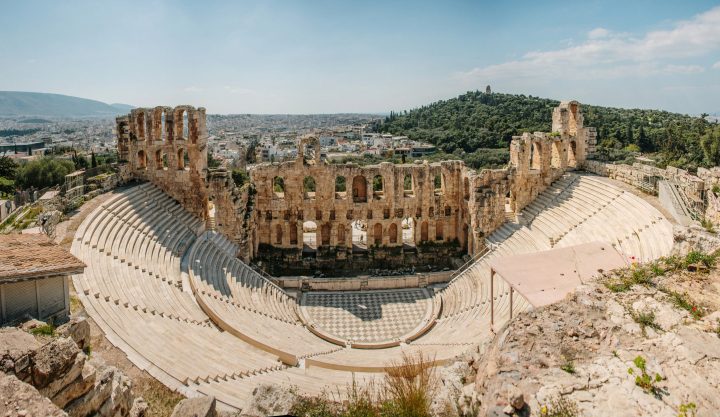 The people of Ancient Greece were known as some of the best inventors in the world. The innovation that came out of Greece during that time is something that provided the backbone for life as we know it today. Some of the inventions represented physical, tangible things, like the vending machine and steam engine. Others were based on philosophical concepts, such as democracy.

Here is more information on some of the best inventions that have come from Ancient Greece:

Democracy is one of the most memorable and highly revered of all inventions from Ancient Greece. It was developed around 508 B.C. amidst a revolution. The people of the Athenian city-state were tired of being ruled by an elite class. They fought for their rights, and one of the elites, Cleisthenes, heard what the people had to say and developed something new – a government where the citizens would make decisions for themselves, rather than have the ruling class make the decisions for them.

Attending the theater is an ingrained part of modern society, as well as its offshoot – the cinema. We attend plays written by classic storytellers like Shakespeare, or modern plays and musicals in the best theaters throughout the world. Many people don’t realize that theater has its roots in Ancient Greece! In fact, theater was an integral part of the religion of the Ancient Greeks, and many of the classic mythological stories that we know of were told on the ancient stages.

These days, we can find vending machines wherever we go. They can dispense just about everything, from drinks and snacks to even electronic devices and other goods. All you need to do is give the machine your money, key in the numbers that correspond to your selection, and the machine will dispense your goods. The first vending machine can be traced to Ancient Greece where it is believed they dispensed holy water at temples.

Although the modern steam engine is credited to Thomas Savery, a primitive form of the steam engine can actually be traced to Alexandria, which at the time was part of Ancient Greece. Invented by Hero, this engine used steam to make it work, just like its modern-day equivalent, just in a much simpler way. Called the Aeolipile, many believe that his steam engine was actually used as a toy. However, that doesn’t make it any less innovative.

Medicine as we know it today wouldn’t be the same if it weren’t for the Ancient Greeks. The practice of medicine had been around in some form since man existed. However, it was the Ancient Greeks who elevated it into an art form, and many of the principals that were established from back then are still in place today.

Greece is essentially surrounded by water. There are hundreds of islands, and much of the mainland is in close proximity to the sea. With such a maritime presence, it is inevitable that the Greeks were avid seafarers. Boats were used for transportation, trade, and even warfare. The anchor was invented out of necessity because they allowed the boats to stay in place easier than if they were simply tied to something.

Did you know that modern showers have their roots in Ancient Greece? Bathing rituals were always an important part of Greek culture. Primitive showers in Ancient Greece were actually waterfalls. At the time, aqueducts were used for irrigation. The water was fed into the showers and used as part of community bathing.

As you can see, the Ancient Greeks were innovative, and many of the inventions are still important today.