Written by GreekBoston.com in Ancient Greek History Comments Off on Xenophon – Historian of Ancient Greece 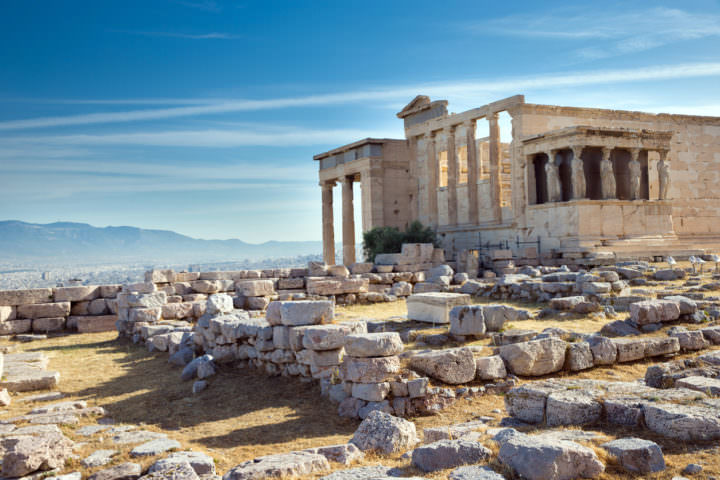 Xenophon was born in Athens in approximately 430 BC. He was a noted philosopher and historian who studied under Socrates in his youth. He was also a mercenary and soldier, having served in the failed exploits of Cyrus the Younger’s efforts to take control of the Persian throne. Xenophon’s historical works were primarily concerned with his own era and were unquestionably influenced by his time as a soldier. Here’s more information about who he was and what he accomplished:

Very little is known about Xenophon’s early life before he joined Cyrus the Younger’s military campaign, other than the fact that he was born to a wealthy family. His three works as a student of Socrates are very important because Plato’s surviving Socratic dialogue are the only other surviving examples of the genre. Xenophon’s Symposiumprovides an outline of who Socrates was. Oeconomicus provides Socrates’ beliefs on the management of a household. Apology and Memorabilia are both defenses of Socrates’ teachings and his overall character. The common theme of Apology and Memorabilia is that Socrates was not a teacher who corrupted his youth.

As two of the most famous students of Socrates, both Plato and Xenophon composed works titled Apologyconcerning the death of their teacher. In both cases, the students defended their teacher’s right to educate his students. According to Xenophon, Socrates remained the Great Persuader even to the end of his life, and arrogantly strove to convince his audience to execute him to prove that he could. Plato argued that Socrates was striving to prove a moral point. Xenophon places blame on Socrates for the outcome of his trial while Plato removes any guilt from Socrates’ shoulders.

Xenophon’s historical work, Anabasis details the efforts of Cyrus the Younger’s military expedition. During this expedition, Xenophon served both as a mercenary and a soldier for Cyrus. Xenophon’s description of the journey through hostile territory and violate weather with few provisions has been credited as the inspiration for many science fiction and speculative fiction dramas.

Xenophon is Exiled from Athens

After returning from the expedition, Xenophon joined the city of Sparta in a fight against his home city of Athens. For this crime, Xenophon was banished from Athens. He left the city and then spent the rest of his days in Sparta. Some historians speculate that Xenophon’s staunch defense of Socrates may have played a role in his banishment as well. However, it isn’t really clear all the motives behind this.

His Other Works and Lasting Influence

Xenophon also authored Cyropaedia, which serves both as a biography of Cyrus and a way for Xenophon to demonstrate his anti-democracy viewpoints. Xenophon’s lasting influence on future philosopher’s can be found in the fact that Xenophon was a pioneer in several genres. These include the first-person military autobiography, found in Anabasis and the biographical novel found in the Education of Cyrus. He also pioneered the concept of continued history, found in Hellenica.

It is true that Xenophon is one of the early historians of Ancient Greece. However, is life is a lot more interesting and colorful and is definitely worth learning about.