Written by GreekBoston.com in Modern Greek History Comments Off on History of Mount Athos in Northern Greece 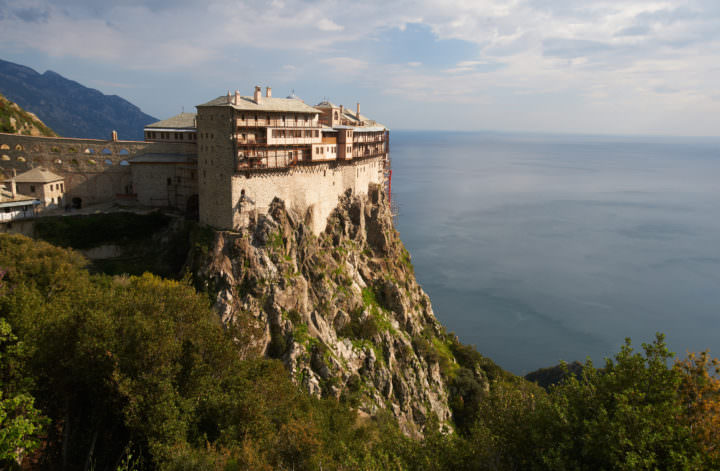 Throughout most of ancient history, Mount Athos was a monastic, self-governing region of Macedonia. In mythology, the mountain is referenced as the site of the Olympian war against the giants. During this war, the giant Athos was said to have thrown a large rock at the sea god Posiden, and when it fell to the ground, it made the mountain that bears his name.

The area of Mount Athos, with its isolated location, began being populated by monks as early as the 8th century. Today, it is known for its monastery, even if the history is long. Here’s more information:

Homer referenced mount Athos in the Iliad that during the Persian invasion of 492 BC, a fleet of 300 Persian ships and about 20,000 men wrecked against the shores-line, pushed by a robust northern gale. Because of that destruction, when Xerxes I traveled the same route for his invasion plan, he spent three years having a canal dug through the peninsula so as not to suffer the same fate.

Historical documents reference several ancient Greek cities that were spread around the Mount Athos area. But the cities have not been examined by archeologists because of the monks’ later ban on outsiders. Therefore, the exact location or information fo these cities is still unknown.

Early Christian stories state that the Virgin Mary and John the Evangelist were on their way to Cyprus when they were caught in a storm and had to take shelter. They landed on Mount Athos, and it is said that when they landed, Virgin Mary was overcome with awe from the beauty of the mountain. She asked her son to make it her garden, and it became known as The Garden Of The Mother Of God.

Later, monks would decree that no woman was allowed to set foot on Mount Athos because of this. In the middle of the 9th century CE, the first formal monastery was built. Most rulers of this time, starting with emperor Basil I, supported the monks’ territorial claim over Mount Athos. Over the next few centuries, they were left to govern themselves in relative peace.

By the end of the 14th century, the Ottoman Empire had taken over the area. The Sultans’ imposed high taxes and tithes on the monks of Mount Athos. This forced many to desert the site for a time. With the end of the Greek War of Independence in 1832, peace and stability were brought back to the region, and monks began returning to the area. Over these years, most of the monks were from surrounding countries, and only a handful of Greeks remained. By the end of Ottoman rule in 1912, interest in monastic life was waning. Once again, the population of monks began decreasing.

In modern-day, the monasteries were revived in the 1970s as a younger generation of monks began reinhabiting the area. Today, Mount Athos is under Greek sovereignty, but the inhabitants are allowed self-governing rule. Special permits are now required for entrance. Only males are permitted, and preference is given to Orthodox Christians and those who want to lead a simple and celibate life. 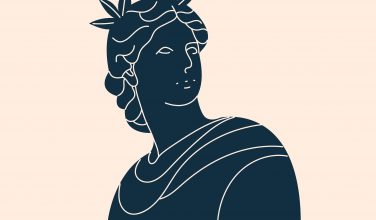