Written by GreekBoston.com in Modern Greek History Comments Off on World War II to the Greek Military Junta 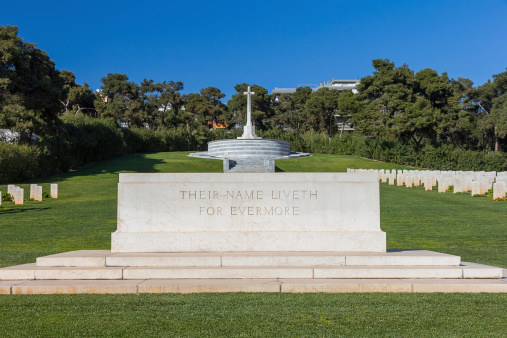 Greece is a country that is in a fairly vulnerable position. In the Archaic Period, the Greek city-states dealt with an invasion by Persia. Up until 1821, Greece was occupied by the Ottoman Empire. Also, the Nazis invaded and occupied parts of Greece during World War II.

The country’s long history is turbulent, to say the least. It’s definitely hard to keep it all straight. Here is a very brief overview of early Modern Greek History, which spans from 1821 right up to World War II.

In the period of time leading up to World War II, Greece had declared its neutrality and hoped to avoid conflict. Despite that, Mussolini desired Greece because his goal was to expand his control beyond Italian borders. October 28, 1940 is the official start of the Greco-Italian Wars.

The Greeks proved to be fierce defenders of their country. In order to prevent the defeat of his ally, Hitler was forced to send troops to Greece in 1941 in support of Mussolini. Although the British sided with Greece, the country eventually had to endure German occupation.

Resistance groups such as the National Liberation Front did eventually form to help free Greece from the Germans. However, it is Germany’s overall defeat that eventually led to them withdrawing from Greece.

The end of World War II brought with it even greater turbulence with Greece entering into a Civil War from 1946 – 1949. This war was against two sides – the Great Britain and United States backed Greek Government Army and the Democratic Army of Greece, which was supported, by Yugoslavia, Albania, the Soviet Union, and Bulgaria. At the end of the conflict, it is the Greek Government Army that was the victor.

Essentially, the Civil War resulted in a Communist defeat. Three years after the Civil War ended, Greece became a member of the North Atlantic Treaty Organization where it joined other democratic nations of the world.

The Greek Military Junta took place from 1967-1974. Though it was part of the “Post Civil War” Era, it is listed separately because the Junta represented a time of political upheaval. Notable events include Colonel George Papadopoulos declaring himself President of the Republic, the imprisonment and banishment of suspected communists, and a slower economy. Rumors that the Military Junta was supported by the United States also led to some anti-American tendencies.

As you can see, Greece was forced out of its neutrality when Mussolini invaded. After the Allied victory of World War II, Greece continued to suffer turmoil. However, everything that happened helped shape Greece into what it is today.