Written by GreekBoston.com in Ancient Greek History Comments Off on Parmenides – Eleatic Philosopher of Ancient Greece 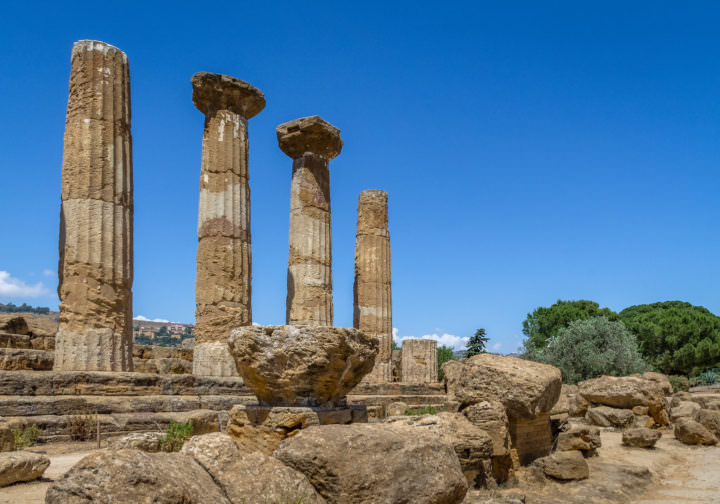 Parmenides was a philosopher in Ancient Greece who is classified as a pre-Soctratic, or a philosopher who came before Socrates. Essentially, Socrates is looked at as the father of western philosophy because he thoughts and ideas were so influential, and also because his way of thinking was different than those who came before him. Parmenides was possibly one of the most influential of the pre-Socratics because of his unique ideas. Here’s more information about who he was as well as his unique ideas:

Parmenides was born in Elea, which now lies in Italy but at the time was part of Ancient Greece in Magna Graecia. Parmenides was born around 540 B.C., but this is just a guess based on information that we know about him as well as the historical events that took place when he was alive (as alluded to in his works). However, some other guesses that have been made place is birth as much later than that in 515 B.C. We do know enough about when he was alive, though, to classify him as a he pre-Socratic.

Founded the School of Elea

Parmenides is said to be on of the first philosophers who embraced ontology. Webster’s Dictionary defines ontology as, “a branch of metaphysics concerned with the nature and relations of being.” Both ontology and metaphysics fit seamlessly into the way in which Parmenides characterized the existence of human reality. Parmenides’ philosophy flourished at the end of the sixth century B.C., and studying the “nature of being” was at the core of his beliefs.

Plato wrote that when Parmenides was sixty-five years old, he left Elea in southern Italy and came to Athens at a time when Socrates was still a young man. Parmenides spoke with the younger Socrates and was a contemporary of Zeno, Heraclitus and Empedocles. From what we know about Parmenides, he did have a lot of influence over philosophers who came after him, such as Plato.

Parmenides believed the Goddess of Wisdom clarified the two paths to knowledge of truths and knowledge of the opinions of men. Thus, he had a relationship with the religion of Ancient Greece, which is something that not every philosopher did. This influenced his works. For example, his poem, “On Nature,” divided into two parts: “On Truth” and “On Opinion.”

From his poem, much is learned about Parmenides stream of consciousness regarding how logical thought compels humans to conceptualize the world as unity that is unchangeable, and immovable. In the second part , titled “On Opinion,” Parmenides offers hypothetical physics and a cosmology of the apparent.

Parmenides went on to explain how sensory illusion of motion and change using an elaborate physical theory of world results in mingling two principles of warmth and light and darkness and cold that corresponds to being and not being, existence and non-existence.

As you can see, Parmenides was a highly influential philosopher in Ancient Greece and although not much is known about his life, his work has endured the centuries.

All About Art in Ancient Greece