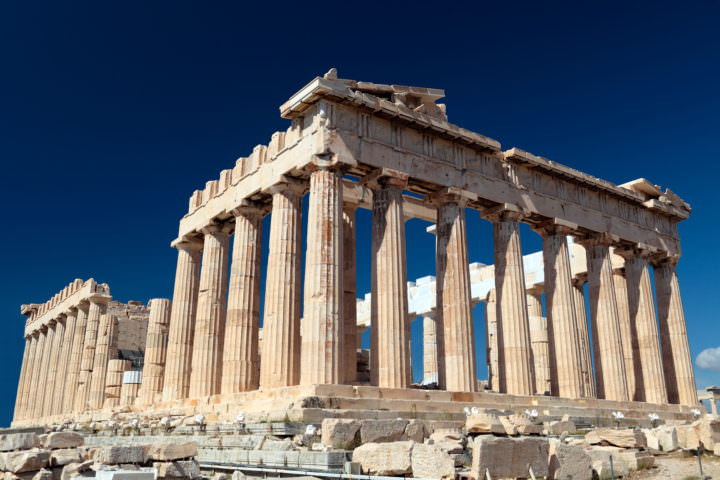 When we think about Greek mythology, we often assume that these are simply “just stories.” Maybe to us they are stories, but to the Ancient Greeks, this was actually their religion. Many of the things that we know of today, such as the Parthenon in Athens, the Archaeological site in Delphi, and even the Ancient Olympic Games all have their roots in the religion of the Ancient Greeks. Here’s more information about this:

The religion of Ancient Greece was classified as polytheistic, which means that they believed in multiple deities. In fact, the gods and goddesses that we know as the Olympian Gods were something that many religious experts accept as being at the core of their belief system. Although there were multiple gods and goddesses that existed in Ancient Greece, these twelve represented the core of what most in Ancient Greece believed in. There are other gods and goddesses, however, that may also have been worshipped locally. The Twelve Olympian Gods and Goddesses include Zeus, Hera, Poseidon, Demeter, Athena, Apollo, Artemis, Ares, Aphrodite, Haphaestus, Hermes, Hestia, and Dionysius.

How the Ancient Greeks Worshipped

Worship of these gods and goddesses was part of their every day life. For example, most households had an alter dedicated to Hestia, the goddess of the hearth. Worship of Hestia was an almost daily ritual, as families would reserve a portion of their evening meal to this goddess. The temples that we know of today, such as the Parthenon that is located in Athens and the Temple of Poseidon that is located on Cape Sounion near Athens, were dedicated to gods and goddesses. The Parthenon was dedicated to Athena and the Tempe of Poseidon was dedicated to Poseidon. There are many such places located throughout Greece and people would come from all over to worship the gods at these places. The Ancient Olympia Games were also a pivotal part of the religion of Ancient Greece, as the games were dedicated to the king of the Gods, Zeus.

Practices of the Ancient Greek Religion

There are many ways that the Ancient Greeks would practice their religion. This included activities such as telling the stories, making sure the stories were preserved and written down, as is the case with Hesiod’s Theogeny, performing rituals, and even making sacrifices. For example, when families reserved a portion of their evening meal for Hestia, this was considered a type of sacrifice. Some examples of sacrifices were more extreme than others. Overall, the Ancient Greeks used their religion to help explain the world around them. Stories such as Hesiod’s Theogeny, for example, served to explain how the Olympian gods themselves came to be.

Many of the Ancient Greek mythos and legends have been preserved for us to enjoy today. However, it is important to remember that although they are simply entertaining stories to us, they were serious tales to the Ancient Greeks since they actually made up the core of their religious beliefs. Knowing this can give us insights into the culture of the people of that time.