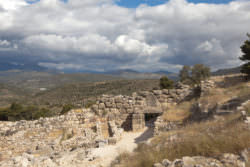 Around 1100 BC, Greece had reached a turning point in its early history. The Minoan Civilization, which has been credited as being the first civilization in Greece, had collapsed. Many historians and archaeologists believe that their collapse was due to the Mycenaeans whom they believe conquered Minoans. This fact has been disputed, and there are those who believe that there could have been other factors involved.

The Mycenaean Civilization enjoyed a long period of prosperity. During the Golden Age of Greece, which came long after, the Ancient Greeks celebrated heroes that had been alive during the time of Mycenae. During the height of its civilization, they were formidable. However, they eventually collapsed as well. Part of the reason for this was a series of events that included a memorable battle between the Mycenaeans and the Dorians.

After the Mycenaeans fell, it sunk Ancient Greece into a period referred to as the Greek Dark Ages, and one of the things that happened was the Greeks started to migrate towards the east.Over a period of years (the precise dates not known due to a lack of record keeping during this time), the Greeks moved out of the mainland in waves. Here’s more information: 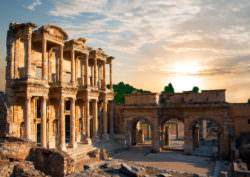 One of the places where the Greeks headed was into Asia Minor, which is now part of modern-day Turkey. They established colonies in places such as the island of Kussadasi and Ancient Smyrna, which is now called Izmir in Turkey.  While this period of migration had the Greeks moving in many different directions, a large concentration of Greeks relocated to what is referred to as the Ionian Coast. The Greeks that came here ended up forming established communities that were in place for thousands of years.

During this time, most parts of Asia Minor were uninhabited, so the Greeks looked to this as a fresh start. As people slowly moved east, the territory of Ionia was established which included 12 major cities. Most of these cities were on the mainland or the coast of Turkey, while two were established on the Greek Islands of Chios and Samos, which to this day, remains part of Greece. Ionia offered new hope to the Ancient Greeks who were searching for some stability and a fresh start following the fall of Mycenae.

With land to the north of Greece which is now Albania, the Republic of Macedonia, and Bulgaria, the Greeks could have headed north, and some did. Others sailed west towards Italy. So what propelled the Greeks to move to Turkey and establish Ionia? Two strong reasons stand out:

The truth is, it is not largely known why the Ancient Greeks started to move beyond their existing geographical borders. The only thing that is certain as that the Greek civilization spread, so did its influence. 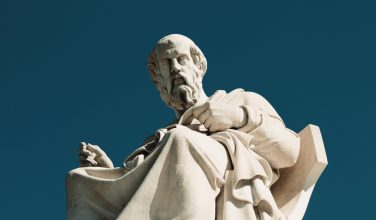