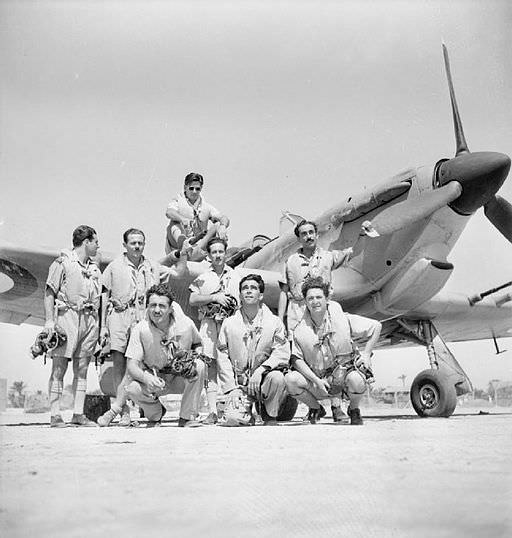 Despite the people’s best efforts, Greece eventually did fall to the Axis during World War II. At home, resistance fighters continued to torment the German soldiers who occupied Greece. However, some members of the military did manage to leave Greece. They fled to the Middle East, which was occupied by the British at the time, and continued their fight against the Axis alongside the British soldiers.

There were two ways that the Greek soldiers managed to leave Greece after the country fell to the Germans. Some were evacuated to Crete and Egypt. Others managed to escape via Turkey and into the Middle East. Most Greek soldiers realized that even though their country had fallen to the Nazis, they could still contribute their resources to the overall fight against the Germans. Most of this took place in April and May of 1941.

Forming the Royal Hellenic Army in the Middle East

Their journey eventually found them in Palestine where they were formed into brigades. The first brigade began in June of 1941 and was commanded by Colonel Antoniou. This 1st Brigade had 5000 soldiers, which was grouped into three infantry battalions, artillery, and support units. The brigade remained in training camps for nearly eleven months after which Colonel Pafsanias Katsotas took over command. A 2nd Greek Brigade was also formed in July of 1942, which never saw battle.

After the soldiers were suitably trained, the 1st Greek Brigade was transferred to Syria and eventually went to Egypt. They joined the British 50th Division, which was engaged in the Second Battle of El Alamein in El Alamein, Egypt. Here, the British forces eventually stopped the Axis from advancing through Egypt and into Africa. This was a major victory for the Allies and the Greek Royal Hellenic Army played a part in it. However, the Greek army did suffer around ninety casualties with over two hundred soldiers wounded. After the battle, both brigades were placed on guard duty.

In September of 1942, the Greek officers and volunteer soldiers were formed into a Special Forces unit called the Sacred Band. They were led by Christodoulos Tsigantes and attached to the SAS Regiment. They started off in Libya and then later became part of the Tunisian Campaign. After that, they joined the fight against the Germans in their homeland and spent much of their time in the Aegean islands.

Though Greece did fall to the Nazi Germans, thousands of Greek soldiers still managed to contribute to the war elsewhere. Those who fled to the Middle East were formed into the Royal Hellenic Army in the Middle East where they were able to make an impact.