Written by GreekBoston.com in Modern Greek History Comments Off on Why Do Greeks Play Tavli? 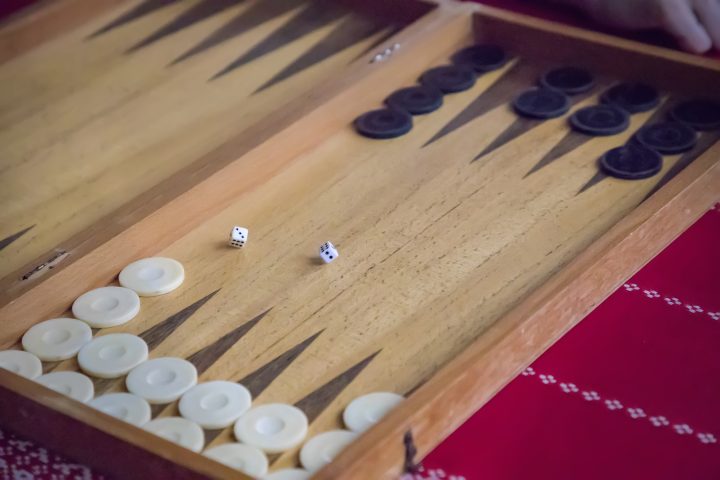 Tavli, also known as backgammon, is a popular game in Greece. There are tavli tournaments, people play in their homes, and they also play it while out, especially at the tavernas. This isn’t a new tradition, in fact it has been a popular pastime in Greece for millennia. The game was mentioned by Plato, Homer, Herodotus, and Sophocles, this game is still played with gusto across Greece today.

One of the most popular ways to while away a lazy afternoon or connect with friends during a night out, tavli, or backgammon has become something of a cultural mainstay. In fact, Greece has taken this game to a whole new level, with their own traditions, history, and game strategy.

Origins of Tavli in Greece

The game that we now know as tavli, or  backgammon, likely originated about 5,000 years ago in ancient Mesopotamia. This is suspected because early examples of the telltale dice used in the game have been found and dated to this period.

Later, the Pharaohs of Egypt were known to have enjoyed a similar game. A board used for playing a game very similar to modern backgammon – called Senet – was discovered in the tomb of Tutankhamen, as well as at archaeological sites throughout Egypt.

Introduction and Popularity in Greece

Around this time, these versions of backgammon played across Egypt and Mesopotamia made their way to Greece. Since that time, references to backgammon pop up in several important works of ancient Greek literature, such as Homer’s Odyssey, and over the last 2,000+ years it has remained a popular pastime in Greece.

The Greeks were also known to invoke or reference their gods while in the middle of playing heated rounds of this table game. A good dice roll was commonly referred to as an “Aphrodite”, after their goddess of beauty and happiness, while a bad dice role was called our modern equivalent of a failure, or “a dog”.

Perhaps the greatest evidence for backgammon’s popularity in ancient Greece was the way in which this popularity found its way – like many other aspects of Classical Greek culture – into later cultures such as the Romans. Such famous, and infamous, emperors as Claudius and Nero were known to be great aficionados of the game.

From the Romans, backgammon spread to the rest of Europe. References to the game have appeared in Canterbury Tales and works of Shakespeare, and the modern term backgammon was coined in England in the 17th century. Today, backgammon is popular in many places besides Greece, but is still overshadowed by the popularity it still possesses in its adopted homeland.

The object of the game of tavli, or backgammon, is for each player to move all their “checkers” into their home board and then “bear them off.” Dice plays an important role in the game, determining how many spaces the checkers can be moved during each round.

There are a few differences between traditional Greek “tavli” and what is known in the west as backgammon. The main difference is the use of the “doubling cube” dice in western backgammon. Another interesting difference are the rules determining when it’s the next player’s turn to roll the dice.

If the player who’s just rolled the dice is still touching their checker, the other player isn’t yet allowed to take their turn rolling the dice. This allows for very fast-paced games to be played fairly.

f you ever find yourself in Greece, be sure to look out for this ubiquitous board game being played in streets, squares, and cafes across the country.