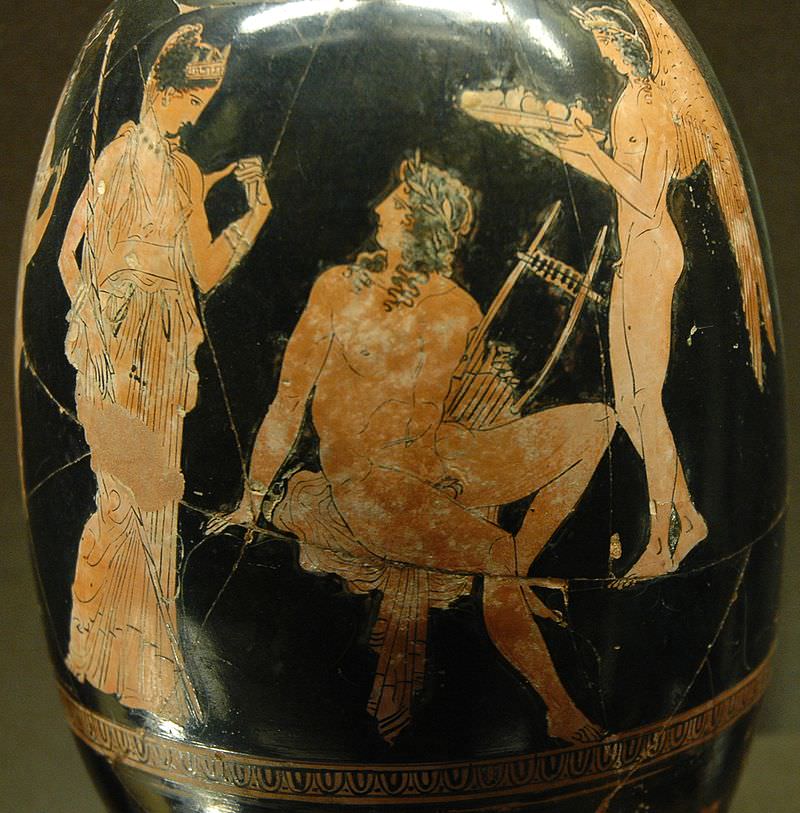 In modern times, the term “adonis” is sometimes used when referring to a man who is beautiful and desirable. The word has deep roots in ancient Greek mythology, as Adonis is considered the god of attraction and beauty, a male counterpart to the goddess Aphrodite. The stories of Adonis and Aphrodite are intertwined, and their story is a classic account of desire and jealousy, love and rejection.

Adonis’ story is a two-part tale, one of which tells about Adonis’ youth and early years, and another that concerns his death and Aphrodite’s involvement in it. Here are the details:

The Love of Two Goddesses

Adonis was the son of King Cinyrus (in some traditions, Cinyrus was known as Theias, the king of Assyria) and his daughter, Myrrha, sometimes called Smyrna. The King was known to brag about how beautiful his daughter was, often boasting that she was more beautiful than even the goddess Aphrodite.

Aphrodite became angered when she heard Cinyrus’ claim and ordered her son Eros, the god of love, to cause Myrrha to sleep with her father. When Cinyrus realized what had happened, he was furious and tried to kill Myrrha and her unborn child, chasing after them with a sword. Aphrodite then interfered and turned Myrrha into a myrrh tree, effectively hiding her from her murderous father. It is said that Myrrha gave birth to Adonis while in the form of a tree, and Aphrodite took the baby, hiding him in a chest that she then gave to Persephone, the queen of the Underworld.

Persephone, enamored by Adonis’ beauty, refused to return him to Aphrodite. The goddesses’ quarrel for possession of Adonis became so fierce that it had to be settled by Zeus himself, who declared that Adonis would reside in the Underworld with Persephone for part of the year and with Aphrodite for the rest of the year. Mirroring the story of Demeter and Persephone regarding the change of the seasons, when Adonis was in the Underworld, it was winter. When he returned to the upper world, it was spring and summer.

The Death of Adonis

Jealousy also plays a major role in the story of Adonis’ death, although there are two versions of the tale. In some versions, Aphrodite’s lover, Ares, the god of war, discovers Aphrodite’s feelings for Adonis and kills him in a fit of rage and jealousy.

It is the goddess Artemis who is angered by Adonis in other versions of the myth. Adonis was renowned as a skilled hunter, and his superb talent made the huntress jealous. Not to be outdone in archery, she set a wild boar to attack Adonis, who then bled to death.

No matter if Ares or Artemis ultimately caused the death of Adonis, the story ends in the same manner. As Adonis lay bleeding in the arms of Aphrodite, the goddess put her magical nectar on his wounds. Although she did not save his life, the nectar mixed with his blood and flowed into the ground, and from this the Anemone flower sprouted.