Written by GreekBoston.com in Ancient Greek History Comments Off on Who Was Prince Dorieus of Sparta? 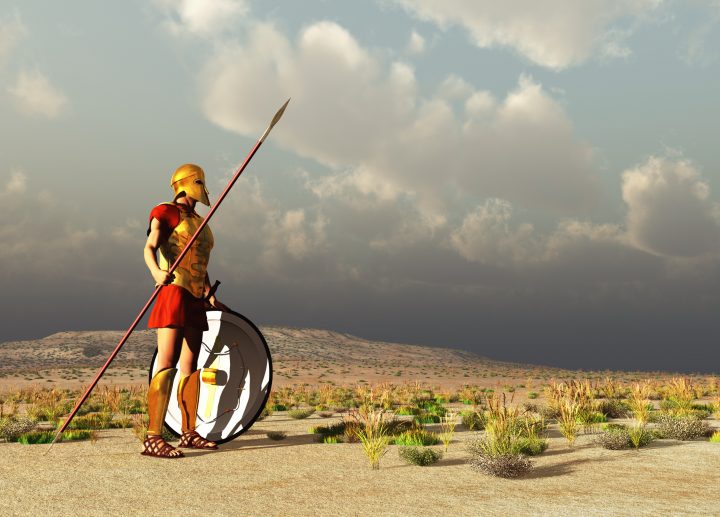 Sparta is known as being one of the strongest areas in all of Greece. They had a monarchy, and for a long time they were ruled by a dynasty known as the Agiad. Prince Dorieus, who died around 510 B.C., was a fairly well-known prince who came from this family of monarchs. Although he had many contributions, he was most known for failing to colonize Sicily and Libya . Here is more information about him:

Dorieus was the son of Anaxandridas II and his niece-wife. For years, Anaxandridas’ marriage to his niece was childless. It got to the point at which Sparta’s Council of Ephors feared that Anaxandridas would not leave any heirs.

As a result, they asked him to divorce his niece-wife in favor of a second wife but he refused. As a result, even though polygamy was largely unheard of in the Spartan area, they were able to persuade him to simply take a second wife instead. Ironically, however, both wives got pregnant shortly thereafter. Dorieus was the eldest of the niece-wife and Cleomenes ended up being the only child of the second wife. Cleomenes ended up being Anaxandridas’ firstborn.

Naturally, Cleomenes was named successor by the Ephors after Anaxandridas passed on. Dorieus challenged the Ephors to let him take over the as King once he realized that Cleomenes wasn’t “right in the head” and was on the tipping point of madness. However, the Ephors staunchly refused.

Dorieus had a very desperate desire to found a colonization elsewhere. However, he was notoriously impulsive. In the heat of the moment, he attempted to colonize Cinoyps, a river in Tripolitania without consulting with the Oracle of Delphi, Pythia. That attempt lasted for three years before a Libyan native tribe called the Macae, along with the Carthaginians drove the Greeks out of the territory.

After returning to Sparta, Dorieus went back to the drawing board. However, that time he did consult with advisors and the Delphi. That time, he chose Sicily, which a dynasty called the Heracleidae, ruled. However, Dorieus’s family was descended from them. As a result, both his advisors and the Oracle both believed that he had the go-ahead to settle his colony there.

However, Croton and Sybaris were about to declare war against eachother. The first asked Dorieus and his followers to be their mercenaries. Dorieus readily agreed and after surviving an attack, he established a colony called Herakleia at Eryx. Tragically, very soon after, Dorieus and most of his followers were killed off by the Egasteans, who were also supported by the Carthaginians.

Herodotus concluded that if Dorieus had stayed in Sparta under Cleomenes’ rule, he would have eventually gotten his wish to take over as King. Cleomenes did not leave any male heirs.However, because of Dorieus’ morbid and tragic impulsivity, his younger brother, Leonidas ended up succeeding Cleomenes. Leonidas went on to become a war hero in the Persian Wars.

Not too much else is known of Dorieus. As mentioned above, he died around 510 B.C without an heir.