About Aeneas of Greek Mythology 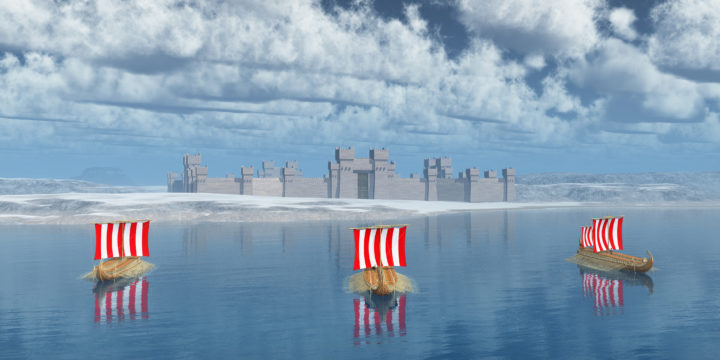 The Trojan War was one of the pivotal occurrences in Greek Mythology, and there were many heroes that were part o that story. Aeneas was one of these heroes, and he was on the side of Troy and Rome. Although he may not be as well known as some of the other heroes, he still had a role to play. He is as extensively mentioned in Roman mythology as he is in Greek mythology, showing what an important figure he was. Here’s what you should know about Aeneas.

Aeneas was the son of Anchises and the goddess Aphrodite. Aphrodite gave him the name Aeneas as it means “terrible grief,” which she felt he caused her. He was a member of the royal family of Troy. While he was tending sheep on Mount Ida, he met Aphrodite. Aphrodite had been punished by Zeus for making all Greek gods fall in love with mortal women. Zeus made her fall in love with Anchises who was taken by her beauty. Anchises was struck blind by lightning, or possibly killed, when he revealed who the mother of his child Aeneas was.

Aeneas was father to Silvius, Ascanius, and a number of other children. Ascanius was the founder of Alba Longa, an ancient Latin city in Italy. He would also be the first in a line of kings. Silvius would succeed Ascanius as king. Romulus and Remus as well as Julius Caesar and Augustus are said to be descendants of Aeneas.

Aeneas is mentioned in Homer’s Iliad. Though he is a minor character, Aeneas is saved twice from death by the gods. He played an important role in defending his city against the Greeks during the Trojan war. His cousin Hector was at the top when it came to defending the city. Hector was the leader of the Trojans and their allies.

It is said that Aeneas did not enjoy his lower-ranked position. From this, a story came about that Aeneas helped the Greeks to win the war against Troy.

During the war, Aeneas’ mother Aphrodite helped him on the battlefield often. This won him the favor of Apollo and he and Aphrodite rescue Aeneas from doing combat with Diomedes of Argos who almost killed him. They took Aeneas to Pergamos, a Turkish Cypriot village, to be healed.

Poseidon even comes to rescue of Aeneas when he is assaulted by Achilles. This says a lot as it is well-known that Poseidon favored the Greeks. Poseidon said that Aeneas was to become king of the Trojans. In another version, Aeneas was made the leader of the Trojan survivors when the Greeks took Troy. Either way, Aeneas survived the war.

It is said that Aeneas was told to flee by the Gods, hence his move to Italy. With him he took a group including: Misenus, his trumpeter; Anchises, his father; Achates, Acmon, and Sergestus, his friends; Iapyx, a healer; Ascanius, his son; and Palinurus, a helmsman. This group was known as the Aeneads.