Written by GreekBoston.com in Modern Greek History Comments Off on Greek Immigrants in New Orleans 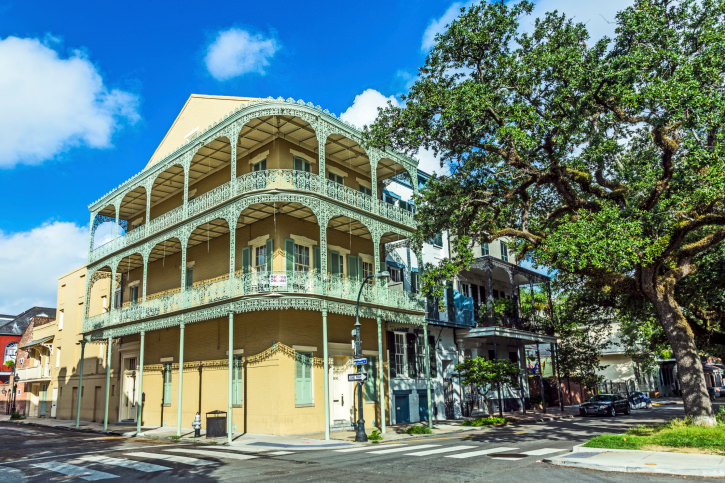 The United States of America is known for being a place where people can find a new life. This is the main reason why Greeks as early as the 1700’s decided to settle here in the United States. There are many things that could cause someone to leave their homeland, such as political instability, occupation, war, and economic hardship. For Greeks, things were no different.

First Greeks in the United States

As Greeks came to the United States, they settled in different areas. The first colony of Greeks came about in the 1760’s in New Smyrna Beach, Florida. After that, the next major wave of Greeks settled nearly one hundred years after that in New Orleans in the 1850’s. This is the first major Greek community that developed in the United States.

However, Greek immigrants did set foot in New Orleans prior to the mid 1800’s. Michael Dracos, a wealthy merchant from Athens, actually arrived in the area in the mid 1700’s. He married a local woman of Acadian and Native American descent. Their daughter married a native Greek in 1799, which made them the first married couple of Greek origin in the United States.

Reason for Migrating to the United States

So, why did these Greeks migrate to the United States in the first place during this time? Most of the immigrants that came to New Orleans were primarily from Asia Minor and the Aegean islands.

Though some of Greece managed to break free from Ottoman Empire, these areas of Greece were still under Turkish control. Those who could find a way to leave very likely wanted to get away from the Ottoman Empire and start a new life.

Holy Trinity Greek Orthodox Cathedral in New Orleans was the first Eastern Orthodox Church that was built in the Western Hemisphere, which was founded in 1864. Though the original building was knocked down so that the larger cathedral could be built, this church is still a traditional fixture in today’s Greek community in Louisiana.

Holy Trinity Greek Orthodox Cathedral became the center of what is known as “Greek Town” in New Orleans. Most Greek families lived close to the church. In fact, even though there were Greeks living in that area before the church was constructed, as new waves of Greek immigrants arrived in the city, they tended to settle near the church.