Written by GreekBoston.com in Ancient Greek History Comments Off on What to Know About the Macedonian Dynasty 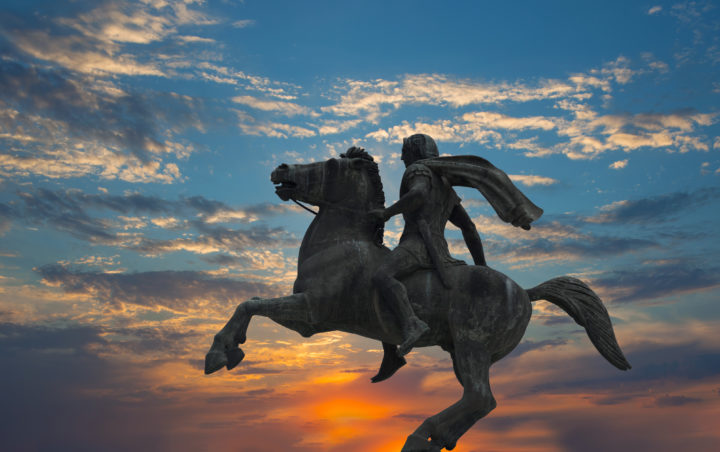 The Macedonian Dynasty was one of the longest reigning dynasties in the history of the Byzantine empire. It lasted for 189 years, beginning with Basil I in 867 and ending with Theodora in 1056. The Macedonian Era is praised for its focus on the arts and is known for its political strength and pursuits, despite the problems within the ruling family. Here’s more information about this era in Greek and Byzantine history:

Origins of the Macedonian Dynasty

The Macedonian Dynasty began when Basil I of Macedonia murdered the previous emperor, Michael III. The lineage of Basil I is uncertain. He is in some instances said to be Armenian and in others, Slavic. It is likely had a mixed heritage. Basil I arrived in Constantinople in search of riches, and by way of his unusual characteristics and abilities was granted a place in Micheal III’s court.

After Basil I, there were sixteen rulers of the Macedonian Dynasty. Basil I was unsure of his sons’ lineage, and familial problems were present throughout the dynasty’s reign. Basil I had one of his sons castrated and harbored suspicions toward the other, his second son Leo, who succeeded him. Of all the dynasty’s emperors, Basil II, the great-great grandson of Basil I, ruled at the dynasty’s height of power. At this point in history, while the empire was not at its largest, it had great concentrated strength.

Many of the Macedonian emperors and empresses were not born into rule, but married into it, or in the case of the last two empresses, were adopted into the family. Zoe and Theodora ruled together for several years, and upon Zoe’s death, Theodora became empress until she died in 1056, ending the Macedonian rule.

Politics of the Macedonian Dynasty

The Macedonian Dynasty created one of the most powerful eras in the history of the Byzantine Empire, particularly during the reign of Basil II. Since the ninth century, the empire had been at war with Bulgaria, Russia, and Arab territories. By the end of the eleventh century, it claimed victory over them all.

During Basil II’s rule, the Byzantine Empire expanded from Armenia to Southern Italy, and from Bulgaria down to Crete in the Mediterranean Sea. The influence of the empire in other territories such as Syria also increased even beyond Basil II’s death in 1025.

The Macedonian Dynasty is sometimes called “The Macedonian Renaissance” due to the artistic advancements of the time. The ban on painting religious figures and idols was lifted and the era produced classical representations and mosaics depicting them.

Literature thrived during this period. Works such as De Ceremoniis, or “The Book of Ceremonies,” were produced, and many books of this era focused on history and government relations. The era also saw an increase in education as literacy and appreciation for the arts grew.