Written by GreekBoston.com in Greek Mythology Comments Off on All About Calliope – Muse of Epic Poetry 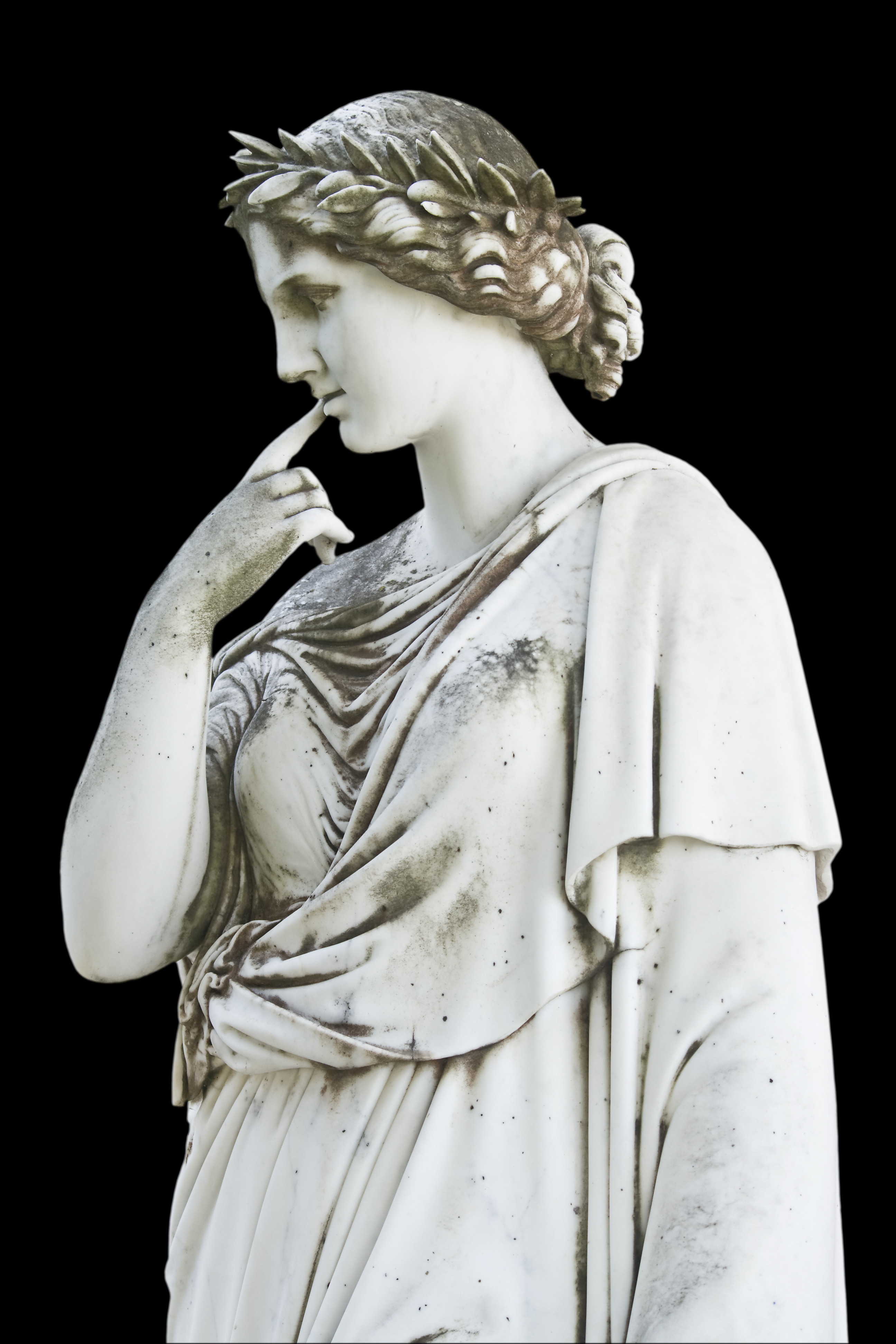 In Greek Mythology, the muses were often depicted as goddesses who whispered inspiration into people’s ears. This allowed them to create great works of all kinds, such as poetry, sculpture, theater, and music. Most stories indicate that there are nine muses, and each one was responsible for a different element of creative inspiration. Whenever someone created a masterful work, credit was often given to the muse who provided the inspiration. Muses have been celebrated in some for for thousands of years, and they’ve even made their way into the culture and literature of modern times. Even writers such as Shakespeare would often refer to them! Calliope is one of the nine muses. Here is more information about her:

Calliope was considered the muse of epic poetry. She is often depicted as holding a writing tablet, since she often provided inspiration to those who would write the poetry. Her name, Calliope, means “beautiful-voiced” in Ancient Greek and many believe that this is why she was associated with epic poetry. In Ancient Greece, the epic poems were set to music and sung by talented singers, who would often be accompanies on stringed instruments such as the lyre. Ovid refers to Calliope as the “Chief of All Muses” in some of his writings. Some believe that she was Homer’s muse when he wrote the Iliad and the Odyssey.

She was also mentioned in various works that came later on, such as Dante’s Divine Comedy. Here’s what he said about her:

Here rise to life again, dead poetry!
Let it, O holy Muses, for I am yours,
And here Calliope, strike a higher key,
Accompanying my song with that sweet air
which made the wretched Magpies feel a blow
that turned all hope of pardon to despair.

As you can see, he associates her not only with the beauty of the written word, but also remembers her divine voice. This is a common theme throughout literature throughout the ages. She was also depicted as being incredibly wise and also assertive, in addition to being gifted.

Depending on what sources you draw from, there are different accounts concerning the details of Calliopes personal life. Some sources indicate that she was Ares’s lover and bore the sons Mygdon, Edonus, Biston, and Odomantus, who were said to have founded the tribes in Thrace. Other accounts indicate that she was the mother to the brothers Orpheus and Linus, who were well-known characters in mythology and literature. There is, however, some debate as to who the fathers of these two heroes were. Some say Apollo was the father and others believe that it was King Oegrus of Thrace. Other tales that say that she actually married Oegrus near Mount Olympus.

Calliope was always depicted as a beautiful and gifted muse. She was also self confident and didn’t like her talents to be questioned. When she defeated King Pierus of Thessaly’s daughters in a singing match, she is said to have turned them into magpies.