Written by GreekBoston.com in Greek Mythology Comments Off on About Cerberus – Monster Who Guarded Hades 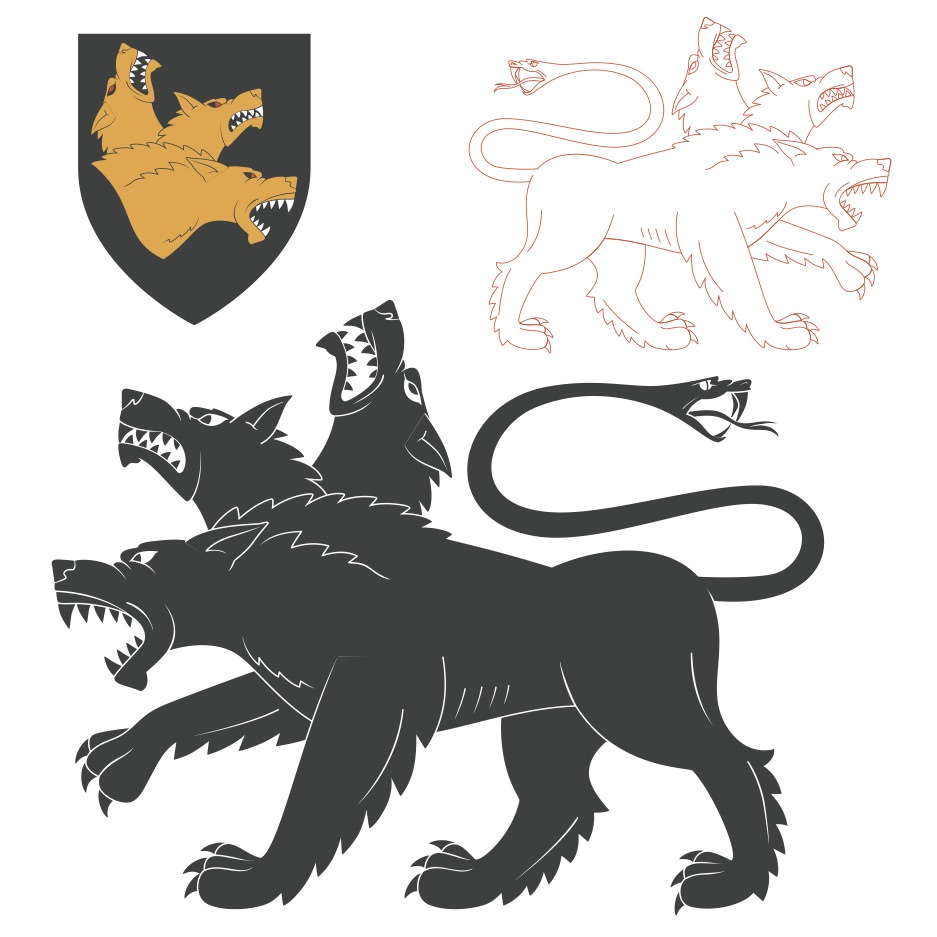 Cerberus was a hound with multiple heads who was always associated with Hades, or the Underworld. His role was to guard the main gate of Hades and his role was to not only prevent those from entering who didn’t belong in Hades, but to also prevent the dead from leaving. Here’s more details on who this monster was and the role he played related to Hades:

As is often the case in Greek mythology, the origins of even the fiercest monsters are well-established. In the case of Cerberus, we know that his parents were also monsters. His mother was Echidna, a creature that was depicted as being part woman and part snake. His father was the monsterous giant who was the offspring of Gaia, the earth mother, and Tartarus, the King of the Underworld in the time of the primordial gods. Typhon was most known for the part he played in the War of the Titans. He represented the Titans’ last effort to maintain control before losing out to the Olympian Gods.

Depending on the source, Cerberus could be described in different ways. Some say that he was a giant hound but instead of having only one head, he had multiple heads. Usually, it is the number of heads that differs. Most sources describe him as having three heads, but depending on who is describing him, the number of heads often varies. Some sources also depict him as having the tail of serpent. Others take the serpent theme a step further and describe Cerberus as being part snake. It is interesting to note that Cerberus had multiple siblings and all of them had more than one head. For example, his sibling, the Lernaean Hydra, also guarded an area of the underworld and also had more than one head.

According to the story, Eurystheus, the Mycenaean King, told Hercules to bring Cerberus back from Hades as the Twelfth Labor of Hercules. It is said that the king chose this task for no particular reason other than the fact that he considered it to be impossible. It has been said that Eurystheus didn’t actually care about Cerberus but simply wanted to use the task to test Hercules’ strength. To help him with his task, he was initiated into the Eleusinian Mysteries, an act which was said to have given him luck. Hercules’ also received aid from Hermes, who at different times, served as a guide for the Underworld. Ultimately, Hercules reached his goal and managed to capture the Cerberus with Hades’ help. Hercules had to prove that he could best the animal using his hands and no weapons. After he did that, Hercules carried Cerberus out of the Underworld on his back.

The Cerberus was considered to be a fearsome creature. He was a multi-headed hound whose main role it was to guard the entryway into Hades and prevent the dead from leaving.